The One Thing That Will Make You More Persuasive

Have you ever had all the facts on your side and still couldn’t convince someone you were right?

Stephen Denning can help you make you case. He’s the author of several books on leadership and narrative, including The Secret Language of Leadership. 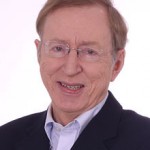 Here’s an edited version of part of what he said in a program that he recorded exclusively with Mixergy.

When we have an opinion about a subject and someone gives us reasons about why that opinion might be wrong, our immediate instinct is not to change that opinion, but instead to lower our opinion of the information source.

This has been documented in all sorts of different countries and contexts. One of the studies was done in 2004 in the course of the presidential campaign, John Kerry versus George H W Bush. And they put in front of 30 people–15 strong Democrats and 15 strong Republicans–blatantly self-contradictory statements by the two candidates.

What they found was that Republicans loved the statements that supported their point of view–and found ingenious reasons to dismiss the other statements. And likewise the Democrats. So the two groups were even more deeply entrenched in their positions at the end of the day.

So, if more data doesn’t persuade, what does?

What’s one way that we can find the right story to tell?

The criterion is, who wold be the hero that the audience would most likely empathize with? So, if you’re talking to publishers for example, other things being equal, a publisher would be a hero they’re most likely to empathize with.

More from Stephen Denning and Author

Why & How to Build Social Capital Online
Do You Want To Be Donald Trump Or Steve Jobs?
Do You Text While Driving?