Today’s guest is an entrepreneur who bootstrapped a company that enables non-designers to create designs quickly. He bootstrapped it outside of the San Francisco Bay area and the software works beautifully.

His story is the kind I want more of in order to encourage my audience during COVID. Christopher Gimmer is the founder of Snappa, which allows user to create graphics for social media, ads, blogs, and more.

He told me before the interview started that his company is actually doing better since COVID hit. I want to hear how he built it up and what life is like now. 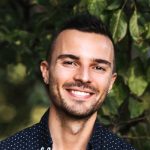 Christopher Gimmer is the founder of Snappa, which allows user to create graphics for social media, ads, blogs, and more.

Toptal – Toptal is a global network of top talent in business, design, and technology that enables companies to scale their teams, on demand. Toptal serves thousands of clients, including Fortune 500 companies and innovative startups, delivering expertise and world-class solutions at an unparalleled success rate. With elite freelancers in over 100 countries, Toptal connects the world’s top talent with leading companies in days, not weeks. Plus, every new engagement begins with a no-risk trial period, so clients only pay if satisfied with the work. Get started hiring with Toptal today.

ClickFunnels – Anyone in my audience who goes to clickfunnels.com/mixergy will get a couple of things that I’m excited about. Number one is a free trial so you can actually try it and use it. Number two, you’ll get the funnels that we created to build our business. Use it as a template which you can improve for your business. Go to ClickFunnels.com/mixergy to get started.

More from Christopher Gimmer and Snappa

How Snappa founder is so organized he has time for brunch…brunch!

How Russell Brunson solved the biggest challenge of online sales
How Drip started as a widget and was acquired by Leadpages for a...
Magento founder Yoav Kutner on open-source products
How Nathaniel Pearlman used lean startup methods to get clients like Barack...
How a guy used hardcore couponing to build a lifestyle biz
Physical Product Case Study: How two guys are competing with Yeti