Customers Hate Your Product? Try This Lean Startup Technique And They’ll Love it.

If you’re reading Mixergy, I know you routinely work hours that most people don’t know exist. Imagine if you spent all that time building your business–plus risked your money–and customers hated what you built. Want to learn how to protect yourself from that devastation? In this program Eric Ries teaches you the lean startup ideas that saved his business when customers hated his product. 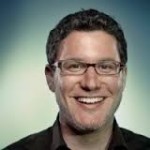 Eric co-founded IMVU and is the author of Startup Lessons Learned.

Out of frustration that users weren’t installing Eric’s virtual add-on for instant messaging, he brought target users into his office and asked them to try his software. Here’s how it changed his business.

You gotta imagine a seventeen-year-old teenage girl sitting down with us to look at this product. She chooses her avatar and she says, “Oh, this is really fun.” She’s, customizing the avatar, deciding how’s she’s going to look, she gets into that. She’s like, “That’s really cool.”

Then we say, all right, it’s time to download the Instant Messaging add-on. And she’d say, “What’s that?”

And I’d say, “Well it’s this thing, it interoperates with the instant messaging client…”

I mean, it requires a lot of explanation. instant messaging add-on – it’s not a category that exists in her mind. But, since she’s in the room with us we can talk her into doing it. So she downloads the product, we have her install it on the computer, and we’re like “okay, it’s time to check it out, you know, invite one of your friends to chat.”

She says, “I don’t know if this thing is cool yet. You want me to risk inviting my friends to a thing that I don’t think is cool? What are they going to think of me? If it sucks, they’re going to think I suck, right?”

And the look of dubiousness, I mean, you can just see, this is a dealbreaker. And of course the first time you have that experience you say, “All right, it’s just that person, let em out, you know, send them away. Get me a new one.”

The customers kept saying stuff to us like, “Uh, well, I want to use it by myself. So I want to try it out first, to see if it’s really cool before I invite a friend in.”

So we’re all from the video game industry, so we understood what that meant. That meant single-player mode. Right? So we built a single-player mode. So what’s single player mode? What that meant was after the customer would come into our office and customize their avatar – remember, they really liked that part – then they would download and we would let them decorate their avatar, and kind of show them the cool moves you could do and decorate their room, all their stuff by themselves.

So we have them do that, and then we say, “Okay. You did it by yourself, now it’s time to invite one of your friends.”

And you can see what’s coming, right? They’re like, “No way.”

And you can sense the frustration – we were like, “We told you it wasn’t going to be cool! You know that is the whole point of single-player..”

And they just look at us like, “Listen, old man. You don’t understand. What is the deal with this crazy inviting people before I know it’s cool, like, it’s just a total dealbreaker.”

And so out of complete desperation, we were like, “Okay, fine, we’ll introduce a simple chat now feature.” It was a matching thing where you could push a button and you would be randomly matched with somebody else from around the world – the only thing you have in common is you both pushed that button at the same time.

And we did that, and all of a sudden people were like, “Oh, this is fun.” And then – then here’s what happened. So we bring them in and they do the Chat Now, maybe they meet somebody new who they thought was kind of cool. They’d be like, “Hey, that guy was neat, I want to add him to my Buddy List. Where’s my Buddy List?”

And we say, “Oh, no, no. You don’t want your own Buddy List. You want to use your regular AOL Buddy List” because that’s interoperability, network effects, all this nonsense.

And the customer’s looking at us like, “Well, that doesn’t make sense. What do you want me to do exactly?”

And we said, “Well, just give that stranger you just met your AIM Screen Name so you can put them on your Buddy List.”

And you can see the eyes go wide – they’re like “Are you kidding me?! A stranger on my AIM Buddy List?”

And we said, “But – but otherwise you’d have to download a whole new instant messaging client! And then you’d have to have your separate Buddy Lists.”

They’re looking at us like, “Do you have any idea how many instant messaging clients I already run?”

And the teenager responds, “Duh! I run eight!”

They were already running, like, fifty clients! I mean, I had no idea how many instant messaging clients there were in the world. And we had this preconception like, “Oh, it’s a challenge to learn new software, and it’s tricky to move your friends over to the new Buddy List,” and all this other nonsense sitting in our heads that just, for our customers, looked at us like we were crazy.

I mean, we’d be drawing them at the white board – the strategy diagrams – for why this was brilliant and they’d just be laughing at us. They’re like “What are you talking about?”

We’re in a mental model of how people use software and what it was about was years out of date. So eventually, painfully, after tons of meetings like that, it started to dawn on us that the IM add-on concept’s not working anymore.

And you’re looking at the guy who wrote the code to do the IM interoperability. I don’t know how many tens of thousands of lines of code that was.

It was a real revelation to me after my co-founders finally convinced me… I was very slow on the uptake, believe me… all the energy that I put into that software, despite all the best practices we had used to build it, was still waste. It was still a waste of time to have built it, and we had to throw all that code away. And it was actually very painful.

Luckily my co-founders were able to convince me against my better judgment to do it, but it became a real touchstone for me, a real lesson in really getting serious about what constitutes progress in a startup. What is waste, and what’s adding value.

To me the biggest source of waste in any startup is building something that nobody wants.

[This interview happened because Kareem Mayan cared about what you and I are trying to learn here on Mixergy.]

More from Eric Ries and IMVU

Master class course
Create products people want (By building in increments)
How Russell Brunson solved the biggest challenge of online sales
LeadPages founder on why you should be embarrassed by your first launch
How Drip started as a widget and was acquired by Leadpages for a...
Master class course
How to build a location independent team
How Nathaniel Pearlman used lean startup methods to get clients like Barack...