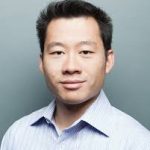 Justin Kan is the co-founder of live video platforms Justin.tv and Twitch.tv, as well as the mobile social video application Socialcam.

“We were throwing things against the wall,” says Justin Kan, founder of Justin.tv, Twitch, Exec, Socialcam, and now a Y Combinator partner. (He’s also a power-user on Snapchat, where he’s putting out some great stuff for startup founders.)

“We thought that instead of talking to [customers] and finding out what they liked and didn’t like about our existing service, we would continue to invent new features that we thought would be used even more than our existing features,” he said.

Only often, they were wrong.

For instance, they created a feature for Justin.tv called Justin.tv Challenges. The idea was that people could vote on what they wanted to see, like maybe a specific skateboarding trick.

“And the biggest ideas would get performed by someone live,” says Justin. “So we spent a couple months building this feature. It was the future of the company, Justin.tv Challenges. And we launched it. And it turns out that only one person ever completed a challenge.”

And that one person was Justin. Ouch.

Step two: Form a hypothesis about how to fix that problem and build something that you think addresses it.

Step three: Test your hypothesis by giving what you’ve built to your potential customers and getting feedback.

Here’s what else you’ll learn in his Mixergy course: