5 Steps to Becoming a Networking Superstar

If you want to know the value of having a good network, take a look at what it’s done for Peter Pham’s new company, BillShrink:

Here are 5 of the steps he took to become a networking superstar. (Listen to the full interview for more.) 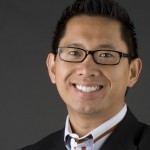 Go where they are – To get hooked into the web startup community, Peter went to tech events. He met his co-founder at the very first event he went to, the TechCrunch party in Michael Arrington’s house.

Once isn’t enough – Even the shiest networker can start building contacts by consistenly going to similar events. People start to recognize you and relationships naturally develop.

Everyone knows the host – After going as a guest to a few events, Peter switched roles and started hosting his own dinners. When you’re a guest, you get to meet a few people at an event, but the host gets to know everyone.

Tap their lists – To broaden his guest list, he co-hosted his dinners with two other connections: Mike Jones, CEO of userplane and Keith Richman, CEO of Break.com

Watch it grow – Word started to spread about his small dinners and people started asking for invitations. So Peter and his co-hosts created bigger events. The most recent one had over 150 guests. There’s even a web site, now betasouth.org. It’s a “.org” because the goal to make connections, not profits.

What are your networking tips? Add them to the comments.

How Zee Ali went from selling cigarettes in the hood of Chicago to selling...
How Nathaniel Pearlman used lean startup methods to get clients like Barack...
Master class course
How to get your product into the hands of a celebrity
How 50 Cent, KISS, and Aerosmith are using Messenger marketing
How to get the highest quality customers to your events
When does a startup founder need a COO?