Sleeping in the office is one way to save money in the beginning days of a startup.

Lea Woodward introduced me to another. She and her husband decided to travel so they could take advantage of the lower cost of living in other parts of the world. She came on Mixergy to tell her story and to teach you how to be location independent. 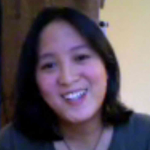 Lea and her husband Jonathan run Kinetiva, a company dedicated to creating a network of progressive online communities for people who want to create the careers and lifestyles of their choice. You can read about their journey and how you can do this on their site Location Independent.

Andrew: Where have you lived and worked?

Leah: Since we left the UK in early 2007, we’ve traveled to and lived in Panama, Buenos Aires, Grenada, Toronto, Dubai, Thailand, South Africa, and Hong Kong.

Why did you become an entrepreneur?

I left the rat race a year or two before we decided to leave the UK. Then my husband Jonathan was laid off. That was the third time his career was threatened in about two years. We just finally thought we’ve had enough of someone else controlling the income and someone else controlling how much we earn and decided to set up in business on our own.

Okay, but why travel at the same time?

We were living quite a nice lifestyle. We tried cutting down, and we tried cutting back. I just thought this isn’t that fun. I don’t want to have to do this for the next two or three or five years until our business is really up and running. What we found is that obviously the cost of living in certain places is a lot less. So typically in places like Thailand and Southeast Asia, you can live for a lot less. You can live a really nice lifestyle for a lot less money, which means that when you’re running a business–and certainly if it’s a new business–it takes the pressure off of having to generate quite so much income.

If Mixergy readers did this, won’t they lose customers?

In terms of remote working, it’s a lot more common these days obviously. So whilst we might be halfway around the world, someone in London might be used to working with someone in Scotland anyway–in which case they wouldn’t necessarily see them that frequently. So people are a lot more used to remote working and working with people who don’t necessarily live in the same city that they do.

How Drip started as a widget and was acquired by Leadpages for a...
Master class course
How to build a location independent team
How getting burned by a developer inspired SD Squared Labs
Magento founder Yoav Kutner on open-source products
How Nathaniel Pearlman used lean startup methods to get clients like Barack...
How a guy used hardcore couponing to build a lifestyle biz