I interviewed Gregory Galant of Venture Voice because he’s talking to and learning from some of the most successful people on the internet.

Gregory has talked to the founders of Blogger, PayPal, LinkedIn, Feedburner, Kleiner Perkins and dozens of others.

I’m a big fan of his interviews and wanted to learn from him, so I gave him a ring. 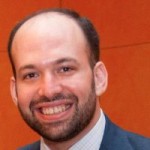 Gregory Galant is the host of Venture Voice, a podcast that explores how entrepreneurs build their businesses and live their lives.

Here are 4 things he taught me:

Everyone’s accessible – Gregory doesn’t have any special connection to these business people. He says he often simply cold calls and asks for an interview.

10 hours – People ask him why he doesn’t do a new interview every day. He says they don’t realize that it takes him about 10 hours to do each show, because he has to setup, record and edit each show.

Shut up – One of the reasons I love his show is that I get to hear people’s full stories. He says they can do because he simply stays quiet and lets people talk.

No Bond – My big disappointment was learning that he didn’t get to build friendships with everyone he interviewed. Maybe I’m being naive, but I’m hoping to learn from and build relationships with the people I interview.