I noticed when Andy Oliver of LewisPR takes on a new client they seem to appear everywhere.

If you see stickam shooting live video at a conference, it’s because they’re Andy’s client and he keeps emailing organizers like me to ask them to include stickam at our events. If you noticed Robert Scoble shooting video at twiistup, it’s because they’re a client of LewisPR. When Andy heard that I was meeting with Scoble the day of twiistup, he kept emailing me to find a way to get Scoble at the event.

I love watching what he does, but I wanted to learn more. So I did a 1 hour interview with him and peppered him with questions about how you and I could use some of his techniques. 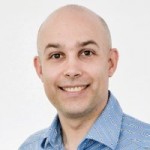 Here are some of my notes from our interview:

Do-It-Yourself – You can generate a lot publicity for your brand by yourself because so much of new media is accessible. New media tools like blogs, twitter, and Facebook are available to anyone. You don’t need a PR team to start using them and seeing results.

Get others to talk – It’s nice to talk up your own brand, but it’s much more effective to have others talk about you. Get quotes from venture capitalist investors, analysts, bloggers and other trusted sources. I used this idea right away and asked Andy for a quote about my interviews. Here it is:

“I think it’s clear that entrepreneurs can learn a lot by these short interviews.” –Andy Oliver