Derek Sivers created CD Baby because he needed a way to sell his music online. Soon other musicians asked him to help them sell their music. A few years later, he found himself helping over 100,000 artists sell their music. He recently sold his company for $22 million.

He’s now running a new company, but he’s always willing to help startups. So I called him up and asked him to teach us. Here’s some of what I learned. (Download the interview to learn more.) 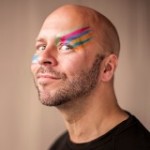 Derek Sivers was circus musician and ringleader in the late 1980’s; he later founded and sold CD Baby, the largest distributor for Indie music online. This year he is launching MuckWork, which offers a network of reliable assistants to do the “uncreative dirty work” for musicians.

He wasn’t afraid to start crappy

Derek laughs when wannabe entrepreneurs tell him about all the features they plan to include when they launch their companies. When he launched CD Baby the site’s design was pretty dorky. And instead of building a fully automated site, he did much of the order processing by hand. Quit aiming for perfection, just launch.

(Guy Kawasaki told me the same thing in this interview.)

He knew what feedback to accept

Start crappy and build the business by listening and integrating user feedback. But be careful not to let user feedback take you too far off course. Derek says people kept telling him that he should launch a radio station. But he kept refusing because he didn’t think it was a good fit for his business.

9 months after launching, his site was only bringing in $15 a week. Others might have have assumed that the site was a failure, but Derek was patient. He gave it room to grow.

He knew how to get financial security

He worked 2 hours a week

When Tim Ferriss published his book, The Four Hour Work Week, most people doubted it was possible to work that little. Not Derek. He told me he worked 2 hours a week. He said it was because of the way he taught his staff. When anyone in the company asked him a question, he told the answer to everyone in the company. Within 6 months, everyone knew what Derek knew. “I made myself unnecessary,” he told me.

(Learn from Tim Ferriss in this interview.)

What other business lessons should startups learn? Tell me by email or in the comments.

How Drip started as a widget and was acquired by Leadpages for a...
How getting burned by a developer inspired SD Squared Labs
Magento founder Yoav Kutner on open-source products
How Nathaniel Pearlman used lean startup methods to get clients like Barack...
How a guy used hardcore couponing to build a lifestyle biz
Physical Product Case Study: How two guys are competing with Yeti