Don’t Be Bullied By Your Board And Other Lessons From A Funded Startup.

Like
+ Add to
Brandon Watson, IMSafer, Scaling, Sell Your Business

Have you noticed how some entrepreneurs look at getting funding as the ultimate sign of success? Not only is funding not the finish line, but the mistakes you make when you get investors can cost you when you finally do get to the finish line and are ready to sell your company.

Brandon Watson came to Mixergy to talk about how he raised money for his startup, how he grew it, and why he had to sell it. The two most powerful points of this program for me was when he told us how his investors made money from his internet business, but he didn’t, and how having investors led him to decisions he wouldn’t have made otherwise. 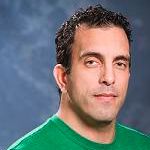 Brandon Watson is the founder of IMSafer, which was acquired by Crisp. Brandon has done stints as an operator at all stages of the funding cycle, and at Soros Private Equity, investing over $70M in technology deals. He’s got an MBA from Wharton, and a BSEcon and Systems Science Engineering undergrad from the University of Pennsylvania. Today he’s the Director for the Azure Service Platform team at Microsoft.

Edited excerpts from the IMSafer story

The vision was to keep kids safe

IMSafer is a product to keep kids safe online.  It’s designed for parents, by parents and it was meant to tackle the problem of kids building relationships online.  Parents didn’t really have any tools to understand what their kids were doing on MySpace or chat rooms.  Most of the product controls on the market were targeted at keeping kids away from pornography and they really weren’t focused on helping parents understand what their kids were doing online in chat rooms.

They were told the business won’t work

Parents like to talk about security products but they don’t want to pay for them.  So we were told over and over again “No one’s making money here. No one can make money here. It’s a segment that’s languished forever, forget about it, walk away.”

Sure enough, after doing some research, we saw that no one had made any money.  And so as a truly analytical business guy, I had to look at this and say, “Wow, no one’s making money. The market’s really hard to size. Kids are much more savvy about the products than their parents. So they can install the things and the kids can turn it off. It’s kind of a useless product.”  That creates challenges.

But they thought there was an opportunity

My VP of Engineering, Tommy, he  looked at me and said “Well I’m not really sure I buy that thesis. I would argue that if there’s no money to be made there, then the IQ isn’t there, and if it’s been ten years that this market’s been around, call it ten years since NetNanny got bought, no new IQ has come into this space in a very long time, so I think we can run this place over.”

And so it was kind of that old statement, that bravado, that said, you know, I think we can make some real progress here.  Let’s go see what problem we want to solve and see if we can do something new here.

They decided they needed investors

From the start we knew we needed to pay salaries.  We looked at our wives dead in the eyes and said, “Yeah, we’re making money somehow.”  We need to raise some money.  And before Tommy and Jason and David would join they kind of required that I be able to pay salaries.  So we knew I’d go out and do some capital raising.

He raised about $1 million in 8 days

I thought I would be lucky to scrabble together 500 grand in a month.  I reached out in eight days and we were way over-subscribed, in fact I had to cap it at around a million dollars.

Some of the funding came from recent contacts

I was fortunate to have a good relationship with a venture capitalist, a guy I sat on the board with at RLX for a few years. [RLX is the company I was with before IMSafer.]  He believed in the idea, but as most entrepreneurs find out, investors want to back a team.  This guy was backing me, and he was backing the team.

Some of the funding came from old contacts

I talked to my old boss, a Managing Director at Soros. At that point he had left Soros about a year prior.  He didn’t want to see my investor deck, he just wanted to have a quick conversation with me about how I was going to protect his capital.

He asked some questions. “I don’t think anyone’s made money here. WHY are you going to make money?  HOW are you going to make money?” But I came prepared.  I had all the answers, and I made him a believer. It’s a combination of being passionate about the problem you are trying to solve, and confident in your ability to answer the questions.  And if you don’t know the answer, say, “I don’t know the answer to that question. Give me twenty four hours, I’ll get back to you.”

They planned to get their users in 3 ways

We had a three-prong strategy, and it turns out one of them was terribly, terribly wrong.  And I’ll get to that one in a minute.

Clearly, AdWord buys and search engine optimization were high on our list.

Google was the most expensive of our traffic buys, so we also bought ads on Yahoo, MSN, and Ask.

But it turns out, one of the strategies we hit on almost by dumb luck. We discovered that people who liked those “punch the monkey ads” are people who don’t really get the internet, are scared of the internet, and probably a lot of them are parents who just got their AOL accounts.  That traffic is really cheep to buy. And it turns out there were really high convert rates for us, for the product that we were selling.

Obviously, child safety it was a hot topic.  You had the Chris Hansen doing the “To Catch a Predator” shows which got lots of media attention. And it seemed like a day didn’t go by without an Attorney General making a statement about MySpace’s safety issues. So any opportunity that I could get in front of a camera, I did.

3: Word of mouth (NOT effective)

Parents weren’t telling other parents about our product.  In fact, they were ashamed, it turns out, to install it themselves.  They felt bad.

When it came to revenue, their board bullied them

We were going to do a yearly subscriptions plan, but this is where one of my more valuable learning experience with IMSafer came.  It is very easy to get bullied by your board.

I had one board member who was very vocal that we should not charge and we should get big as fast as we could.  It was like 1999 all over again. He didn’t want to charge and convinced the other board members that we should get as big as we could as fast as we could and not charge.  So we delayed charging for a long time, which ultimately caused problems.  We didn’t have money coming in the door.  This caused problems when it came time to raise money and things got tight.  Things ultimately fell apart.

No revenue meant they needed to get more investment

We were spending money at a pretty good clip acquiring customers.  Because we weren’t charging for them it was a big net loss.  We decided to go raise more venture capital.  We went out to raise money and the process took longer than we thought. For someone for whom it took eight days to raise the first round, I thought this round should be a breeze.

They got one term sheet, then another and another

We finally got a term sheet from a tier one venture firm.  I won’t identify them. As the story unfolds you will understand why.  It turns out that venture capitalists’s are sheep.  Once that term sheet showed up a bunch of other term sheets showed up.  We ultimately selected that tier one VC because we really felt like the guy understood the problem.

As we got through the final process, the paper work was getting done and everything looked smooth. We were excited. We were going to have to move the company out to California. Fine, no big deal, we were ready to do that.

In fact, we were about a week away from closing and it was suggested we come out and look for office space so we could have a space to put our servers. The venture firm we were signing with said, “Oh, you can put your servers in our server closet here 3000 Sandhill road.” Ok, fantastic so we did that.

Then disaster struck. The investors pulled out

We get this phone call that says, “Things have changed at the partnership and I’m not sure we’re going to be able to get this done.”

Wow. Imagine the sinking feeling. You think you’re done. The paperwork is all done. The ink is ready to flow out of the pen. To this day, I don’t know the exact reasons why the deal fell apart. But, it went south quickly. We think it has to do with an interesting partner dynamics which is nothing I can have any control over. But it went south fast.

My board said, “Well you need to go find some money, go shop your deal around Silicon Valley with a new term sheet.” But at that point we were considered damaged goods. Nobody wanted to talk to us. We knew we had a month left of capital and no ability to raise capital. What could we do? It was a really tough, tough situation.

They ended up selling to a competitor

There was a company that kept losing the deals to us. They called us on a lark and said, “We want to get to know you guys.”

We said, “Great! What do you want to talk about?”

“Well we want to talk about buying you.”

“Fantastic! We’re a vibrant company. We’ve got lots of capital, lots of customers. Let’s go have a chat!”

Their investors made money

Our investors got full capital return … plus a small return.

But the founders didn’t make money

The common shareholders on the other hand, we all got flushed out.

Brandon explained why he (and other entrepreneurs) got “flushed out”

In a normal convertible security, they’d either get their money plus a return or, if the upside is bigger, they’d get to convert it into common shares and all shareholders participate in what’s left at whatever percentage that ends up being.

So, since our investors got all their money back, plus their return, that money came out first. There was nothing left over for the common shareholders.

– How Brandon raised $1 million in 8 days. And what YOU can learn from how he did it.

– A discussion of how you could structure your deal with investors to protect yourself.

– The automation technique that made Brandon’s communication with investors much easier. You’ll want to use this with your investors.

Master class course
Create products people want (By building in increments)
How a list nerd grew Ranker.com to 27,000,000 monthly visitors
How Drip started as a widget and was acquired by Leadpages for a...
How getting burned by a developer inspired SD Squared Labs
Magento founder Yoav Kutner on open-source products
Why sell a profitable company to take a risk on a new one?