How An Ambitious 22-Year-Old Got His Startup Into The Wall Street Journal.

1 like
+ Add to
Ramit Sethi:, I Will Teach You To Be Rich, Content, Lifestyle Business, Marketing, PR / Media Marketing

Imagine how your credibility and audience would shoot up if you got into The Wall Street Journal. At 22, Ramit Sethi craved that coverage for his business, but he didn’t want to sit back and hope that someday a reporter might find him. So he found a way to get press and you can use his method for your business.

(I ran this interview before, but I’m re-posting it to highlight this important point.) 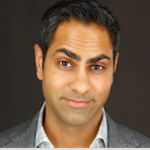 I Will Teach You To Be Rich

Ramit is the best-selling author of the book “I Will Teach You To Be Rich,” and a blogger at IWillTeachYouToBeRich.com

I was a cocky, 22-year-old. I found a few personal finance journalists at the Wall Street Journal. I wrote them and I said, “You guys need somebody to write for young people. I’ll do it, and I’ll do it for free.”

They ignored me. And they blew me off.

What I would do is send them an email every few weeks or months, and say, “hey, just FYI, I posted this new blog post and got covered in these places.” I was NOT covered anywhere major. These were little web sites. But that’s all I had.

I went on and on and on. They finally passed me to an editor. The editor said, “Look, we’re not interested, but thanks. I’ll keep you in mind.”

So I kept on pinging him. It took me months.

Finally, I was about to take off to Japan. I was giving a talk for a college research project. And I get a call right before I go to the airport. They say, “We want to do an interview with you.”

I said, “Well I’m going to Japan, what are we going to do?” I ended up doing the interview from Japan. And when I came back, it was featured in the Wall Street Journal online. Which was huge.

After that day, traffic never went down to where it was before. And that always happens when you get great traffic from great sites. That really helped put me on the map.

Three to four months of being completely ignored, but to me it was just a game. It was like, “Look, I think what I offer is good. I think you guys need this. You’re ignoring me. That’s fine, because I’m just going to wear you down because I know I can.”

That’s how I did it.

After I was in the Wall Street Journal and a few other places, I started realizing the power of journalists. They are huge gatekeepers and the thing that I didn’t get at first was, that they need you as much as you need them–assuming you’re good and you have something valuable to offer.

So now what I do with journalists is make friends with them and show them stuff that they haven’t seen before. And I always say, “If you’re looking for stories, numbers, stats, come to me. I can get you stats within 24 hours.”

So for example, I have a reporter friend at the San Francisco Chronical. He said, “Ramit, I’m writing a story, I need some data.”

More from Ramit Sethi: and I Will Teach You To Be Rich

How Zee Ali went from selling cigarettes in the hood of Chicago to selling...
LeadPages founder on why you should be embarrassed by your first launch
How a list nerd grew Ranker.com to 27,000,000 monthly visitors
How Drip started as a widget and was acquired by Leadpages for a...
Building a $200k/mo digital marketing agency from the ground (using...
Master class course
How to grow your audience (Using an Ambassador Program)