If you read the recent announcement that UserVoice raised $800,000, this program will help you learn the small changes that allowed them to do it.

Marcus Nelson, the company’s co-founder, came to Mixergy to talk about the changes so his experience could help you if decide to raise money. 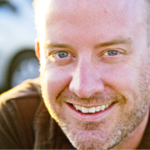 Marcus Nelson is the co-founder of UserVoice and is responsible for the company’s business development and marketing. UserVoice helps companies harness their users’ feedback.

Change 1: They broadened their story

Before: In the beginning, “we only had one avenue of our story,” says Marcus. “We were basically the online suggestion box for product development. But that was a very limited scope. It’s only talking about people who are developing products–which is a very narrow corridor–and most of the people who are building stuff, don’t have a lot of money.

After: With experience, UserVoice learned to broadened their story to include bigger customers. Marcus says it allowed them to to tell investors, “‘Intuit and Nokia, they’re starting to test our product. Sony BMG, Sun Microsystems.’ All of a sudden we had these reputable names that were using our product, that we could actually send a link and point to and say, ‘Look, this is what we’re doing.'”

Change 2: They quit their side jobs

Before: The co-founders took on side jobs because they thought the extra money would be good for the business, but “it was a very difficult choice,” said Marcus. “Because you’re doing all of these things that you really don’t want to be doing. But that’s what we did for a couple of months. If you want to find a good way to burn yourself out, that’s the way too do it. I appreciate and commend anyone who does it for a long time. It takes a large stamina to keep that kind of pace.”

After: “In the end, I just had a real heart-to-heart with my co-founder Rich,” says Marcus. “And I just said, ‘Rich, this isn’t working. You’re exhausted. I’m exhausted. If we’re going to do this company, let’s do it. And so pretty much the next day, we quit our side gigs and just went balls to the wall. We started kicking it out and building product. It’s amazing because the more effort we starting putting into the project, the more stuff starting coming out of it. All of a sudden we got more calls and more interest.”

Before: “We went through a series of meeting with of these venture capitalists and we didn’t really realize how to use those connections to our benefit. So what we’d do is meet with them, say our thank yous and then go back on our merry way. And we never really asked them, ‘Is there someone else we should talk to?’ Or, ‘If you’re not interested, do you know someone who would be interested?'”

After: As an example of how they later learned to ask for referrals, Marcus says, “A potential adviser called us and said, ‘Come to New York.’ We went to New York, and he had a cold and couldn’t meet with us. So here we are in New York, we had a hotel room, what are we going to do? So we called investor Howard Lindzon and said, ‘We’re in New York. I know you’re from here. Who can we talk to?’ Within an hour we had 6 meetings lined up, and suddenly we’re connected to all his friends. And that’s how you’re going to get any attention from VC’s.”

More from Marcus Nelson and UserVoice