The Magento Story: How A Student Launched The Software That Powers Billions In Sales

Roy Rubin was a student trying to make extra money on the side when he founded Varien, the company that went on to launch Magento, an ecommerce platform that enables billions of dollars in online sales.

He came to Mixergy to talk about why Varien grew (it had a lot to do with focus) and how the company launched Magento (his developers pushed him to do it). 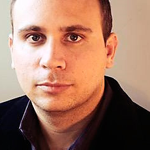 Roy Rubin is the founder and CEO of Magento, the leading open source ecommerce platform. It was developed by Varien, the company Roy created as a student. Varien leverages the power of Open Source technology to help online merchants fulfill their business goals.

Text excerpts on the Magento story

And that was really impetus. It was basically a way for me to continue doing what I’ve been doing for years which is engineering and development and maintain a student lifestyle and have a company that’s trying its own thing.

There was no master plan

I didn’t really have a vision. I was just doing something for the business to maintain a competency level and I wanted to make sure that I was still learning and developing professionally myself. But there was no real vision. There was just a business to do what I said, which is maintain my knowledge and continue to grow that and make a little money on the side to fund a student’s lifestyle.

There wasn’t much focus at first

We were doing a bunch of everything. So we did content management systems. We did ecommerce, we did web applications, anything and everything people wanted. I wasn’t very selective back then, but understood that you have to be focused to succeed.

He had a breakthrough

I think the biggest breakthrough for us came in 2003 or 2004 with the understanding that there was an open-source product called OS Commerce that had a large following — but the service providers on the market weren’t really sophisticated, and there weren’t that many of them.

So I just spend a few hundred dollars in Google AdWords,  trying to get OS Commerce clients. Overnight I had way more than I could actually take on, so that was the biggest breakthrough and that allowed us to grow the business, develop an expertise around OS Commerce.

Then he landed a client that changed the business

If I look back I think that’s probably the biggest thing that really allowed us to move forward. With, I think, a fifty-cent AdWord advertisement, I landed our biggest client to date That company is responsible for basically funding Magento. So without that client — without that fifty-cent AdWord — we probably would not have launched the product. So that’s just a tremendous milestone and just an event that changed my life, changed the scene and the open source ecommerce market.

We worked in the space for a long time and understood very well what the platforms and the market could do and couldn’t do. We had clients calling us all day long and we had a name in the market and the clients called and said “you know what, here’s what I want to do and can OS Commerce do it?: and we said “well it can, but its just going to be very difficult to do that.”

I had a couple developers that were basically saying “we’re bored of what we’re doing and we want to do something different,” and I had to occupy them because they were great and they’re a tremendous asset to the company

I said, “you know what? Why don’t I give you this little side project. Spend a couple months, and see where you are after that.”

They kind of sold this opportunity and this project to me and then I ended-up buying it. So I Ended-up saying “You know, let’s really go all-in. Let’s put everything we’ve got into this.”

We blogged to establish Varien as a strong player in the market that developed an expertise and educates the market about the best practices we saw as important and trends we saw happening in the market.

We sometimes promoted our work, but it wasn’t the focus. I can tell you it was probably the minority of the posts on the blog if that even. It was rare that we wrote about our own work, initially at least. But we did work very, very hard to get posts up and to get them daily to make sure that people saw Varien at the top of their RSS feed and thoguht about what Varien was doing. And thinking.

Their community grew — and grew loud

I don’t have some checklist formula to that. I listen to a lot of people and I’m very receptive to feedback and learning from their experiences. But I think at the end of the day, deep-down I have a strategy and I have a vision and I know that it takes a collective effort from our team to execute. I know what we can do and I know what we can’t do. Within those constraints and within the vision of the family that I have moving forward, I’m pretty confident that I’m making the right decisions.

The feedback that we get obviously helps kind of build that vision and the strategy. So it’s not like this is the direction we’re going to go and we’re going to just put our head down and go through the wall until it happens, it’s a vision that evolves and it’s a strategy that continuously changes based on the market opportunities.

The hours were (and still are) “nuts”

It’s monumental. The amount of hours that we put into the company today is just… it’s nuts.

At some point we hope that’s going to slow down. But I can tell you that in the eighteen to twenty-four months since we started the project, it’s been the exact opposite. I’ve always thought that, hey with the next release I think we’re going to be okay and maybe I can, you know, let go of the foot on the gas but no. It’s the exact opposite.

The mission is big

It changes as the opportunities change and as we start to make headway in various areas. But, I think the mission for us is really to,  first and foremost, disrupt the market in a way that democratizes ecommerce.

Roy’s advice to startups, based on his experience

I think the first thing that I would say is that you have to be committed one-hundred percent to it, and really focused on a niche. I think initially with our business we didn’t have a focus, which hurt us.

I think, longer term, to sustain a business that does a lot of things is difficult. Focusing is what gave us this opportunity. So, I think that’s a big, big area that I would share with someone who would start a new business, and if you’re looking to get into a business that is, I think, going to be successful, I think, you have to put a lot of the things that you were used to doing on the side. This is a full time job — much more than a full time job.

The level of dedication and commitment and sacrifice that you’ll have to make is tremendous. Not many people can survive. That’s, I think, what sets folks apart.

– Why Roy created phantom stocks instead of shares, and why YOU might want to use them in your business.

– Details of how a community built up around Magento before it was even built. Others on Mixergy have done the same thing, and you can too.

– Some discussion of how you can build a company when you have family obligations.

– More details. If you only read this summary, you might think that it was all simple. Listen to the full interview to get the full story.

Master class course
Create products people want (By building in increments)
How Russell Brunson solved the biggest challenge of online sales
How Zee Ali went from selling cigarettes in the hood of Chicago to selling...
LeadPages founder on why you should be embarrassed by your first launch
How a list nerd grew Ranker.com to 27,000,000 monthly visitors
How getting burned by a developer inspired SD Squared Labs