The JibJab Story. Maybe The Most Inspiring Mixergy Interview Ever!

This is the story of two brothers who took on the established entertainment industry, succeeded for a while — and then almost went out of business when the dot com market crashed. And it’s the story of how they rebuilt their business and became one of the most celebrated digital entertainment studios.

It’s the story of JibJab. Co-founder Gregg Spiridellis came to Mixergy to tell you how he and his brother Evan built their company.

If you’re running an internet company, this story will inspire you AND teach you how to hustle for every piece of business. 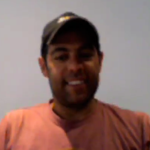 Gregg Spiridellis is the co-founder and CEO of JibJab, a digital entertainment studio. Before launching JibJab, Gregg was an MBA student at the Wharton School of Business, and Evan, his brother and co-founder, was an accomplished independent animator creating festival-winning short films.

Edited excerpts From The JibJab Story

When production costs dropped, they spotted an opportunity

The vision for JibJab was to take advantage of the fact that production costs were falling significantly and distribution was opening up to build a brand.

My brother, who is the creative and visual force behind JibJab, was out of Parsons Art School. He and his friends were using off-the-shelf technology and software to produce content that, just five years earlier, would have cost big studios hundreds of thousands, if not millions of dollars to create.

At the time, I was doing my MBA. I went to Wharton, and was looking at this thinking, “Production costs are falling, distribution is opening. Here’s an opportunity for us to build a new kind of media company.” That was the big idea back in 1999.

So they jumped in

I think it was very much based on a gut instinct that there was a once in a lifetime opportunity to be a part of a new medium, and even if we had no visibility into very specifically how things were going to unfold, there was no doubt that it was an incredibly powerful medium, and that people who were early could aggregate an audience, build a brand, and carve out an identity for themselves in the medium.

So, it was a big, big leap of faith. It was a lot of fun, and it was just something that we dove into and said, “We’re just going to figure this out as we go along.”

They raised a little money and hustled to earn the rest

We raised $50,000 from friends and family to turn the lights on.  And then the model was “Let’s go do a project with the Sci-Fi Channel,” or “Lets license something to Atom Films.” And when a check came in we said, “Lets make sure we can pay the rent for three more months and then reinvest the rest of it in more original content to keep building our audience and keep building our brand.”

Consulting work helped bring in revenue in the early days

So we did something with Sony.  We did a campaign with Kraft.  We did work with Anheuser Busch and we did a lot of sponsored entertainment work.  The problem with that business is it’s completely not scalable, but it was great to pay the bills.

Consulting is a wonderful thing when you can actually generate the capital you need to pursue your big idea based on your service business, but at some point  you want to get out of if you want to get into something scalable.

You need to be disciplined.  You need to turn down jobs.  You need to say, “I could really use that $50,000 gig, but if we do that, we’re going to be locked down for three months and we’re not going to be able to do these other projects.” So it does require discipline and passing on opportunities.  Knowing what to pass on is a really important skill that we developed.

But most of their money came from licensing

Our business was originally licensing our original programming that we would do exclusive deals on with third party distributers like Atom Films.  They’d pay us, they’d sell the ads, we’d reinvest in more programming.  Now YouTube killed the exclusive licensing business on the web, but that’s okay, we thought of a better model.

[Andrew’s note: listen to the section on ecards to learn how their model works.]

Their audience grew because they made sharing easy

What we did seems obvious and simple today. We had an above the fold “email to a friend” form. On every piece of content, we made sure there was an exposed tool set for users to easily share it with all of their friends. And we made sure there was a persistent section on our pages that said, “Like this?  Find out when we release something new.  Enter your email.”  Very simple.

Business was good, and then the dotcom crash wiped their customers

Oh it crushed us.

In 2001, all of our clients went away. We had to go from 13 people down to just the two of us. We packed everything in a U-Haul and drove out to California with no idea where we were going to land. Just kind of looking for new pastures and a place — a shelter through the storm — where we could wait for the online entertainment business to come back.

But they stuck with it

We just loved it. We were passionate about it.

We had over 100,000 people on our newsletter by the time that the world fell apart. So people cared.

We released something and 100,000 people wanted to know about it, and more people came to see it. So we never felt unloved, I don’t think, during those years.

Then they had a hit with “This Land” and everything changed

When we created This Land we knew we had something special.

But because we had been doing it almost five years, we never in a million years knew how special it was. I mean, we thought, “Oh, this is hands-down the best thing we’ve ever produced,” but we had no idea it would get us on the Tonight Show and the Today Show, or that Peter Jennings would name us People of the Year in 2004. I mean, the scope of the success from that one video was way beyond anything we could have imagined, because we had been doing it so long, and never seen anything remotely close to that.

They capitalized on the hit

We went back to what we knew worked. So we leveraged the success of This Land to close exclusive licensing deals. We did a deal with Yahoo, that payed what was for the two of us a significant amount of money, to commit to two more pieces to be distributed on Yahoo.

The second thing we did was make sure we got the brand out there, in a way unrelated to the political content that was on the web. So we were invited to do all the trailers at the Sundance Film Festival, the ones that play before every movie.

Then they discovered a new revenue model

I said, “What is our core competence in creative programming? How do we leverage that to actually make money? I wonder what the greetings business looks like online.”

But we decided these don’t have to be bad. Yes, ecards are terrible. They have this awful kind of quality connotation. But that’s an opportunity. We can actually redefine what this programming format is and go after this premium business model because, unlike the political videos we did, there is a big distinction with ecards and why people were paying subscription fees.

That was the kind of, the “aha” moment with greetings. They’re not going to pay to watch a two minute short, but if they want to wish a friend a happy birthday, people are paying and they will pay if it’s going to be quality and it’s going to reflect on them really well.

They still have big ambitions

We are going to be a major studio, there’s no doubt on my mind.

Why you should hear the FULL program

– You’ll get the whole story of how this scrappy startup grew its audience, brand and revenues.

– You’ll hear a very honest conversation about entrepreneurial doubt. If you ever felt like you’re the only entrepreneur with doubts, then you need to listen to this now.

– You’ll understand how JibJab turned its business around. What you learn from their experience could help YOU resuscitate your company one day.

How Zee Ali went from selling cigarettes in the hood of Chicago to selling...
Behind-the-scenes SEO and backlink strategies
How Dollar Beard Club is hitting $8M in its first 8 months
How Sam Ovens is helping everyday people start their own consulting businesses
How to get your product into celebrity hands (and recover from every...
What didn’t kill Colin Hodge made him stronger