How 99designs Built A $5+ Million Marketplace In 16 Months.

This is a story of an overnight success that was a few years in the making. 16 months ago, 99designs launched and quickly became a marketplace that facilitated $5 million in design work.

What you’ll see in this interview are the steps the founders took to take it from an idea they discovered in an online forum to a profitable, standalone business. You’ll also see how they demanded that their business prove itself and earn money at every step.

99designs was co-founded by Matt Mickiewicz, who came to Mixergy to teach what he learned over the past 16 months as he built this business. 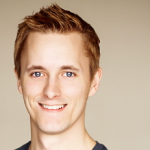 Matt Mickiewicz is the co-founder of 99designs, which connects clients needing design work such as logo designs, business cards or web sites to a thriving community of 36,749 talented designers. He is also the co-founder of SitePoint, online media company and information provider targeting the Web professional market, specifically Web Developers and Designers.

Excerpts: How 99designs was built

Andrew: Where did the idea for 99designs come from?

Matt: In the SitePoint forums.

So, SitePoint is an online media site for designers and developers and what was happening in the forums was that designers were playing “Photoshop tennis,” essentially holding a competition amongst themselves to see who could do the best design work.Â  So, on a Friday evening, someone would come up with a fictional project and over the weekend, 20 or 30 designers would compete to create the best design work and on Monday morning, they would vote and annoint one of them as the top designer, if you will.

So, eventually what happens is, some smart bloke came alone and said, “Rather than work on this fictional project, why don’t you build a new logo for my blog and I’ll give $100 to my favorite logo on Monday.”

How did you know this idea would be a hit?

We took it step by step.

First of all, we spun off the design contest as its own separate section of the site from forums, and saw it take off and grow organically in the number of projects posted. Then we decided, “well, if there’s a business in this model, then people should be willing to pay for it,”

So we started charging people $20 flat fee to post a project in our forums. It was very messy, it wasn’t a great interface, it was just vbulletin and that’s it. But people were willing to pay the $20 to post a project because they were seeing value out of it, and the designers continued to participate.

So we took it a step further and created a “contests” tab on SitePoint and built some very, very basic software around the design contests idea, something that was hacked together in a few months time by one or two guys basically. We increased the fee as well, to I think $29, and, because it got more visibility on SitePoint and we have a large amount of traffic on this site, about 3 million unique visitors per month, it continued to gain traction.

Why did you spin it out into its own site?

Sometime in 2007, it struck us that for this business to really prosper, it needed its own separate brand. SitePoint was known as a resource for developers and designers. It didn’t make a lot of sense to a small business owner, say someone who owns a wine bar or a coffee company or a lawyer or real-estate broker on to come to SitePoint and run a design contest for their logo or their web page design or t-shirt, because the first thing they saw when coming to our homepage was our articles at at tech professionals. It took a leap for them to think that they should click on the “contest” tab and then go post a project to our community.

That’s when we decided that because there was this incongruity with the audience that we were targeting it would make a lot more sense to have a separate brand name. We chose the name “99designs” and launched in February of 2008.

Why did you start charging your users?

If there is a business for it, a certain percentage of the people have to be willing to pay, otherwise it doesn’t justify further investment in time and resources.

At the end of the day, any real business has to make money and by asking people to pay for something, even if it’s really crappy like a forum thread or some hacked together software, it proves that there is a market demand for it.Â  Because I think this is something that Eric Riese talks about a lot in his startup talks as well. That’s throwing something against the wall — even if it’s very early beta or alpha stage — and seeing if the early adopters are willing to open their wallets, take out their credit cards and make a purchase.

It proves that there is a business model.

Does your community ever feel betrayed because they created something and you jumped in to add a tollbooth?

Actually, it was their idea for the most part.Â  The designers wanted to prove that the business owners were serious about paying out a winning designer at the end of the process.Â  One of the early issues that we had in the community when it was was completely free, was simply project abandonment.Â  Someone would come to the site, they would post their project plus a prize amount, and then at the end of a week or ten days they wouldn’t pick a winner. That was really frustrating to the designers who participated, invested time and effort into it and then saw that nobody got awarded the prize money.

Why do you focus on designs? I’d love to use 99designs to hire developers and writers.

I think it’s really important to become known for one thing, and one thing only. And do that very, very well.

We really want to become known as the place to go to for graphic design and nothing else.Â  It keeps our community focused, our employees focused, and it keeps us in touch with our market segment.Â  If we tried to do many different things all at the same time, we’d have to address the needs of different groups,Â  market to different communities and deal with service providers in different categories. It becomes really, really complex, especiallyÂ  when you are a small business with limited staff limited resources and trying to prioritize and execute on growing.

How do you know what to add to your business?

We also have our developers and the user-interface designers participate in the customer service process.Â  So, they’re in there one day a week usually, answering tickets, seeing the issues first hand, and then being motivated to resolve those issues for the next release of the software.

â€¢ How Matt kept his costs so low that the site was profitable on day one. And how you could use the same techniques.
â€¢ A view of how Matt deals with the controversy surrounding his disruptive marketplace. It could help you if your business shakes up a market.
â€¢ The inspiring entrepreneurial story behind 99designs, a company many of Mixergy’s past speakers and readers raved about.

More from Matt Mickiewicz and 99designs

Master class course
Create products people want (By building in increments)
How Russell Brunson solved the biggest challenge of online sales
LeadPages founder on why you should be embarrassed by your first launch
Master class course
How to grow your audience (Using an Ambassador Program)
How Nathaniel Pearlman used lean startup methods to get clients like Barack...
How a guy used hardcore couponing to build a lifestyle biz