How HOTorNOT Bootstrapped To Over $5 Million In Annual Profits

This is a story of a company that was built in a living room and went on to become a cultural phenomenon.

I asked James Hong to come to Mixergy and teach how he and his co-founder, Jim Young, bootstrapped HOTorNOT and what they learned along the way. 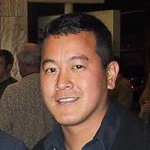 James Hong co-founded HOTorNOT, which started as an online photo rating site where users uploaded pictures of themselves and the community voted on each picture. It grew into one of the largest online dating sites. He sold the company to a group of private investors in February 2008. Today, James is an angel investor and adviser to Alive Not Dead, Bit Torrent, Brondell, Crunchyroll, Frappr, Grouper / Crackle, GreenMango.co.in, Hook Mobile, Mochi Media, Odeo, Raptr, Simply Hired, Slide, and Social Concepts.

The early years in a living room

Frankly, we were tired of having to run the site 24/7 all the time, so we finally hired some people, and the site was running on autopilot for a long time.

A cash cow is built and milked

HOTorNOT started as a website where people could submit their pictures for other people to rate on a scale of one to ten. When we launched, it took off very quickly.

In those days it was really expensive to run a site, so we had to figure out a revenue model. The natural progression in our minds was, “Hey, if you think this person’s hot, maybe you want to date them.” So the next thing that we built was a system where people could meet each other, effectively a dating site — although we didn’t call it a dating site because we were hitting a much younger demographic that didn’t want to pay for dating, but they would pay to just meet people.

So, we started a dating site, and we basically turned that into a cash cow that we were running for about five years.

The founders learn from bars

The whole service basically worked like a bar. … So we thought “Well, why don’t we mimick what actually happens in bars with the payment, as well?”  We basically said, “Hey, it should cost six dollars, because it was still low enough that we felt it could be an impulse buy,” and frankly, it was what we figured was the cost of two beers in a bar in the midwest.

HOTorNOT got up to doing about $7 million in revenue. And the highest run rate for profit was somewhere around $5.5 – $6 million.

They make their first million

At the point we made the million, I was confident that I was going to make beyond a million, because the run rate was up and to the right. What it really meant to me was that I reclaimed my life.

Think about this. As you get older your parents gradually police you less. College is probably the peak of when you have control over your life.

Then finally you’re old enough to get out to college and you get a job.  And you belong to someone again. You have to do what someone else tells you to do.

I had no inclanation to spend my money — I didn’t go out and buy a ferrari or anything like that right away. I just said, “This is the money that is going to buy me my freedom for the rest of my life.” That was a big moment because when I started HOTorNOT, I was $50,000 in debt from business school. I had just turned down a job to pay off that debt and i was kind of feeling that if it didn’t workout I’d have to go back and get a job and that would suck.

We realized when we first started HOTorNOT is if we launched a site in about a week with about two days of coding, so could anyone else.  And they did.  I mean, there were hundreds of rip-offs.

The founders defend their business

We realized that most competitors would be in one of two classes.

They would either be companies that already had distribution, like an AOL or Yahoo — and obviously if they came in, that could hurt us a lot. Or they would be like us, people who had no distribution and were going to rely on the exact kind of growth methods as we would. And at the time, we primarily grew through word of mouth and press.

And so what I did, for the first six months I got as many articles as I could get written about HOTorNOT. Because I realized if a reporter wrote about us, they wouldn’t write the same story twice. They weren’t going to write about copycat number two if number one has already been written. So my goal was basically to lock out the press from any other potential competitor.

Must marketing helps spread the word

[Andrew’s note: thank you live viewers for asking about this.]

If you posted a picture of your friend, of course you were going to send it out to everyone you knew because that’s the joke. If no one sees it, it’s not funny. You’re giving your buddy a hard time, by posting it on there, and making sure that everyone sees it.

If you posted your own picture, well you were going to get your friends to vote for you.

(The dirty little secret is that those votes wouldn’t count. The only way to get to your picture was through a link that identified your picture. We actually didn’t count those votes because it would invalidate the system.)

The founders get tired and step back

We brought in employees in year four. It was primarily because we were tired of running HOTorNOT. For the first four years, it was just the two of us, which makes for a very profitable model, but it also means we were thinking about HOTorNOT all the time. If a server went down, we had to deal with it. If anything happened, it’s all on us, and frankly, it got a little tiring.

We finally hired some people, and the site was running on auto pilot for a long time.

Then all the social networks came in and started really having an impact. Our business definitely went from growing organically to still growing but starting to flatten out. We could see where the curve was going, where things were headed.

I think we always realized that if you take a product and just leave it the same, over time it will deteriorate, it will get stale. We always wondered what we would have to do at that point.

[Costs also changed.] When we started, bandwith cost a thousand dollars per megabit per second. It was expensive, and servers were expensive as well. But in 2006, managed hosts were available and they were a lot cheaper.  Bandwidth was orders of magnitude cheaper, two orders of magnitude cheaper.  What it meant is that these same services we had to charge for to keep the services alive, other people could start and run for free.

[Originally, one of the reasons] we created the double match system [and charged] because it kept the scammers at bay to some degree. It cost them money to try and reach [our users]…. One of the big problems when we went free was all these Nigerian and Russian spammers coming in to the system flooding the system and it was probably more than we could handle at a time so we rolled back [and charged again].

It probably went back to 80% [of what it was before we went free], but it was still rising, so I think it did recover.

The founders sell their business

We’re adrenalin junkies and we have no attention span, we just want to work on whatever is cool at the time or whatever we can make cool….Jim and I both didn’t have our heart in really continuing to work on HOTorNOT.

– How HOTorNOT negotiated away some of their biggest expenses using techniques you could (and should) use right now.

– How a bad economy could help your company grow. (It helped HOTorNOT.)

– The most effective way to increase conversions and get more users to pay. (It’s not what you’d expect.)

– The step James ADDED to his order process that increased sales. (It’s still an under-utilized technique)