Getting passionate customers without spending heavily on marketing is a theme that comes up a lot in my interviews. I asked Joe, Mixergy’s new editor, to pull these 2 clips from my interview with Jason Fried about how his company, 37signals, does it. (Transcripts below.)

For more on this topic, get Jason’s book, Rework, or listen to his full Mixergy interview.

See my stats for this video

See my stats for this video

Eventually, we found out that having an audience is a huge benefit to a company.

You know, companies have fans, have customers, but having an audience is like the real secret, I think, to making it, especially today, without having to spend a lot of money on advertising. So it just kind of happened that way.

From that point on, we realized that that was a great place to announce new things. And we figured out that the more people that were reading it, of course, the better it was going to be for us because we can now reach 100,000 people a day, instead of having to go out and pay to find these people.

These people are coming to us everyday because we have interesting things to say, hopefully often enough for them to keep coming back. So it’s worked out quite well.

Interviewee: Well, first of all, it’s going to take time. So, you can’t get it overnight, and we’ve been doing it for a decade. So, you’ve got to be in it for the long haul. And most important of all, you have to have something to say. Because you can talk, and not have anything to say.

I think it’s the thing that’s missing in most companies today, which is, a true point of view. And this is the chapter in ‘Rework’ about drawing a line in the sand. What do you stand for? What do you believe? What are you going to stand up for if you’re going to argue something? What is it?

I think you have to have that in order to actually build a healthy audience. Because if you’re just saying stuff that no one really cares about, that’s very generic, and it’s always couch for thumb maybe, and it depends. 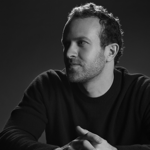 Continue to the full interview >>