How A Driven Entrepreneur Made Tetris A Huge Hit

When I asked Henk Rogers how he made Tetris a hit, he said “crazy persistence.” If you listen to this program, you’ll hear how his persistence kept helping him overcome obstacles that would have made others quit.

Henk didn’t invent Tetris, but he’s the entrepreneur who went into the Soviet Union to win the rights to the game, and he’s the man who made it a world-wide phenomenon that’s still going strong, even though the game was invented back in 1984.

In the text below, I isolated just 3 times that his persistence overcame challenges. Listen to the program to learn more. 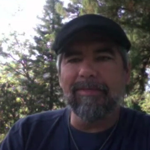 Henk Rogers is a game designer, specialising in games for casual players. After an uninvited trip to the Soviet Union, he obtained a license to publish Tetris and convinced Nintendo’s CEO, Hiroshi Yamauchi, to license the game. In 2007, he founded The Blue Planet Foundation with a mission to “end the use of carbon based fuel in the world in my lifetime.”

3 of the stories in this program

Here are three examples of how Henk found a way to make things work when the situations seemed grim.

His first big game nearly failed. Read how he turned it around.

In 1984, while living in Japan, he created a role-playing game called Black Onyx. “Softbank promised they would buy three thousand copies,” he told me. But “then they came and they ordered six hundred.

“I thought ‘Oh my God we’ve completely failed!’ And I’d blown my miniscule advertising budget because the amount of money we had to start the whole company with was $50,000 (which is kind of cute). And I’d blown some significant amount of that on my first ads in magazines. But nobody knew what the hell a role playing game was!”

He told me he thought his company was “dead meat!” But soon after he said to himself, “okay, we’ve got to make it.”

“This is my entrepreneur coming through. I said, ‘We’ve got to make this work somehow!’ So I decided to go to every computer game magazine at the time and show them how to play my game. And so I went to every magazine, created characters for them, got them started on the game and so on.

“I could understand, they didn’t know what the hell this game was, and so why should they be interested if they didn’t know how to play. Well every magazine came out in March with rave reviews about the game. This is about the time I was running out of money. And so in April we had like 10,000 orders. It was just crazy. And we were consistently the number one game after that”

Nintendo wanted nothing to do with him. Read how he won them over.

Henk told me he couldn’t have gotten Tetris if Nintendo wasn’t behind him. To win over the video game giant, Henk and other game makers went to see Hiroshi Yamauchi, the man responsible for transforming Nintendo from a small card-making company to a multi-billion dollar video game company.

“Five of us — five presidents and five companies — show up at Nintendo and basically we said to them, ‘We’d like to become a Nintendo publishers.’ At that time Nintendo controlled who did what. You had to buy cartridges from them. They set the terms and conditions between us and distributor. I mean it’s something that you can’t do in the US. It’s totally monopolistic, but they controlled the whole food chain of Nintendo games.

“Mr. Yamauchi says, ‘you guys don’t know anything about how to make console games so the answer is no!'”

But he kept at it. “My wife read in a magazine article that Mr.Yamauchi played Go, a Japanese board game.” That gave him an idea. “I sent him a fax. ‘Mr. Yamochi, my name is Hank Rogers, I can make a Go game for your Nintendo machine. I’m leaving for the US on Saturday. I would like to see you and talk about it. Would you see me?’

“The next day I got a fax back. I was shocked. It takes people years to get to see Mr.Yamauchi, but the fax said, ‘Mr. Yamochi will see you tomorrow.'”

If you love business deals, listen to the full program to hear how Henk got Nintendo to pay for the development of his game and how he built a relationship with Mr. Yamauchi by playing Go with him.

Many companies wanted Tetris. See how he got the rights from the Soviets.

Tetris was designed and programmed in the Soviet Union by Alexey Pajitnov in 1984. “It spread behind the iron curtain,” Henk says. “People were playing Tetris instead of working.” Under the Soviet system, they couldn’t get fired for not doing their jobs.

There was a lot of interest in it in the Western world, but it was hard to make a deal with the Soviets. “I hired the guy who ran Andromeda in Budapest to be my agent,” he remembers.

Then he heard that another company was “dealing Tetris for Game Boy, and that kind of freaked me out. I said, oh my God. He’s double dealing. That’s what’s going on. He’s been bull shitting with other people. That’s what I thought. I don’t know whether he was or whether he wasn’t.”

So he got on a plane and flew to the Soviet Union. “I didn’t have any information on anybody and I don’t speak Russian. I needed a friend.” Once again, his knowledge of the board game Go helped. “I thought I could find a friend at the Russian Go Association. There must be such a thing.” That led to his first contact in Russia.

His next step was to hire an interpreter and — without being invited — go to the Ministry of Exported and Imported Software, a move so unexpected in the Soviet Union that his interpreter refused to follow him in. It was a gutsy move, but it worked. He got a meeting. After being grilled by people who he assumes were KGB and finally getting to meet the creator of Tetris, Henk earned a rare connection inside the Soviet Union.

When he got back home to Japan, he finalized an agreement to publish Tetris in the West.

In 1996, long after the Soviet Union collapsed, rights to the game finally reverted from Russia to Alexey, the game’s inventor. Alexey and Henk ended up co-owning the game.

– Listen to the outrageous technique the Soviets had to employ to keep their people from playing Tetris.

– Get lots of entrepreneurial inspiration. Listen to how Henk kept pushing just a little further than most entrepreneurs would dare go and how it changed his life.

– Learn about the spreadsheet that helps Henk grow his market.

How Zee Ali went from selling cigarettes in the hood of Chicago to selling...
How stress affects a founder’s performance
How Pagely was built by husband and wife
Behind-the-scenes SEO and backlink strategies
An uncomfortably revealing interview with John Lee Dumas of EOFire (Live...
Master class course
How to remember names (So you can build better relationships)