If you want to grow your company’s audience by adding a social media app (on MySpace, Facebook and similar sites), listen to this interview first.

I interviewed Jason Kiesel because MySpace believed in him enough to hire his company to build IMe, an instant messenger app that lets users message their friends. 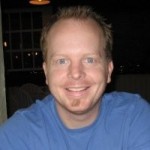 Jason Kiesel has been employed in the technology space since 1997, and his past clients have included: Microsoft, MySpace, Transamerica, Universal, Disney, Move Inc., RazorGator, & CB Richard Ellis.

Here’s some of what he taught me:

Define your purpose – Before you hire someone to develop your app have a focused goal for it. Jason could have added lots of features to IMe, but it would have complicated the app and confused users. Instead, had it do one thing well: make it easy for users to send messages.

Keep your purpose in mind – Jason told me about a client that hired him to build a recommendation app. As he was working on it, the client kept added more features. By the time he was done, the app did so much that it was like a MySpace app that duplicated all of MySpaces features.

Do your due diligence – Before hiring a developer to build out your app, research them. Ask them how many apps they built before and talk to their past clients. Jason suggests that you hire someone based on a recommendation from someone you trust instead of using an online referral service.

Get your mother to try it – The interview I did with Eric Stephens will teach you how to do formal user experience tests. But Jason recommends a simpler solution. Have your mother use your app and see what she has trouble with.

Market it – The best way to market an online product is to build the marketing into the product. For example, at Freedom Speaks, a company that Jason launched, after a user sends a letter to her congressperson, she’s encouraged to ask her friends to do it too. (For more on viral marketing, listen to Hiten Shah.)

Got any tips for building social media apps? Tell me by email or in the comments.

Master class course
Create products people want (By building in increments)
LeadPages founder on why you should be embarrassed by your first launch
How a list nerd grew Ranker.com to 27,000,000 monthly visitors
Master class course
How to build a location independent team
How getting burned by a developer inspired SD Squared Labs
Building a $200k/mo digital marketing agency from the ground (using...