How to Organize a Master Mind Group

1 like
+ Add to
Max Alexander, Who's Got Your Back

Andrew Carnegie, who came to the US with nothing and became the richest man in the country, advised people who wanted to follow in his footsteps to create master mind groups. To learn how to do that, I called Max Alexander.

He and Keith Ferrazzi are writing a book about the power of working in groups. It’s tentatively titled “Who’s Got Your Back.” Here are some of the things Max taught me when I called him. 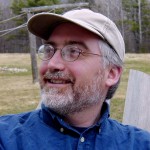 Who's Got Your Back

Max Alexander was part of the core team that helped Keith Ferrazzi write the book entitled “Who’s Got Your Back: The Breakthrough Program to Build Deep, Trusting Relationships That Create Success–and Won’t Let You Fail”.

Simple works – When Olivia got her job at Intent.com, she emailed people in related companies and organized a group lunch. Max says that kind of meeting is effective. You don’t need a rigid, formal structure.

Vulnerable – You can’t be in a group with people who are too proud to tell you the trouble they’re having. Look for people who are willing to be vulnerable because you can’t solve problems that aren’t being talked about.

Don’t bitch – You’re getting together to solve problems, not wallow in them. Look for ambitious people who want to achieve, not slugs who want to complain.

Tech’s cool – You don’t have to meet in person. Meeting by Skype or phone is fine. Max told me about a group whose members have never met in person.