I asked Brian Johnson to teach what he learned from launching 3 startups because he has both the experience of an entrepreneur and the introspection of a philosopher.

Brian is the founder of eteamz (a web site for youth sports), Zaadz (a social network for people who want to change the world) and Philosopher’s Notes (book summaries for busy self-actualizers). 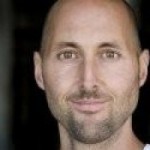 Here’s some of what he talked about in the program he recorded. (Download the full program to hear more and learn directly from Brian.)

Don’t start with your masterpiece

When he launched eteamz, Brian’s vision was for a comprehensive site that organized youth sports. But it turns out that parents who used the site only wanted basic features, like the ability to see a picture of their kids sliding into third base. Brian suggests taking Guy Kawasaki’s advice. When you launch, “don’t worry. Be crappy.” After your launch, you can improve the business by listening to your customers.

It’s not how you start. It’s how you finish

When the market crashed, eteamz was burning through $500,000 a month and its cash was dwindling. It would have been easy to give up and walk away, but Brian’s mentor helped him keep going by reminding him of the importance of finishing properly.

Because he kept at it during the hard times, today Brian can take pride that eteamz is part of the ESPN family of Web sites and has 3 million members.

Selling the company was incredibly stressful. To help him keep going, he made a game of seeing how fast he could snap back from stress. One of of the most powerful ways he did that was by improving his diet and exercising more. Today he says it’s impossible for him to get as out of balance as he used to be because he takes care of his body.

Brian says he was able to fund Zaadz because he followed his passion at a seminar. He felt moved to speak up and tell people about a vision he had for an online community of people who want to live consciously and change the world. After he spoke, a hippie with tattoos wearing a hemp dress approached him to hear more about the business. After hearing him out, she suggested Brian meet her father, a billionaire who believed in Brian’s vision and funded it.

Get up off the mat

Sam Wyly, Brian’s billionaire investor, said one of the things he liked most about Brian is that, “he’s had his nose bloodied and he knows how to get up off the mat.” As an entrepreneur, you’re going to make mistakes and get hurt. But the world will give you more chances–if you have the courage to pick yourself back up.

Philosopher’s Notes, Brian’s current business is self-funded and run on a shoestring budget. Maybe it’s because of the experience he had with his investors at eteamz, who pushed him to spend more money than he probably should have. The company went from spending $10,000 – $12,000 in the 9-12 months before it was funded, to spending $4 million over the following 6-8 months, because his investors wanted a fast and large return on their investment.

Master class course
Create products people want (By building in increments)
How Russell Brunson solved the biggest challenge of online sales
LeadPages founder on why you should be embarrassed by your first launch
How a list nerd grew Ranker.com to 27,000,000 monthly visitors
How Drip started as a widget and was acquired by Leadpages for a...
Master class course
How to build a location independent team