When Roger Ehrenberg’s company, Monitor110, closed down, he wrote a post mortem for it. After reading his reflections, I called him up to for an interview to get more insight.

My biggest takeaway from the conversation is the importance of releasing a site in phases. Roger told me that people’s expectations for Monitor110 were so high that the company didn’t want to launch until they had a finished product that could live up to those expectations.

By doing that, they robbed themselves of real-world user feedback. “It created an enormous distance” between the company and its clients, he told me.

Writing the post mortem and having this conversation with me couldn’t have been easy. But Roger has invested in some of the web’s most successful companies. I know his CEOs will benefit from reading and hearing about his entrepreneurial experiences–just as I did. Thank you Roger! 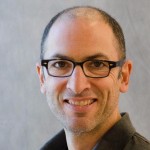 Roger Ehrenberg is the Founder and Managing Partner of IA Ventures, a seed-stage venture capital firm investing in companies that create competitive advantage through data.

Andy Rachleff on founding Benchmark & Wealthfront
“How I took on $100s of millions of VC-funded competitors &...
How Testlio brought the power of a marketplace to the product testing space
Chat bots: How to get clients
Jason Calacanis, Angel
Would you refuse to launch with venture capital?