LA’s Version of the TED Conference

There’s an event here in Los Angeles called Mindshare. It brings together an eclectic group of speakers which includes scientists, artists and philanthropists.

It was co-founded by Douglas Campbell, who led an eclectic life himself, which included a trip around the world in a tuxedo. Mindshare was partially insprired by the TED Conference, an event that’s notirously tough to get into. Douglas found his way into the conference a few years ago by volunteering. He gave away gift bags, which helped him get to know the conference’s attendees.

I met Douglas at a past Mixergy event and asked to interview him so I could learn how he puts together Mindshare. Here’s our recorded interview: 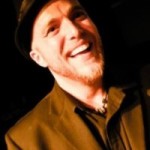 Douglas Campbell is the co-founder and curator for Mindshare LA. Since 2006, Mindshare LA has hosted hundreds of events that combine inspiration and interaction, creating unique in person gatherings.