Have you ever asked yourself this question: In a world dominated by MySpace and full of other social networks, how did Facebook become a multi-billion dollar business when others failed?

To answer that question, I called up Karel Baloun, one of Facebook’s early recruits who was hired by founder Mark Zuckerberg as Senior Engineer. Now he’s running a company called i2we.com that builds applications on top of Facebook.

Here are some of what made Facebook succeed. (Listen to the full interview for more.) 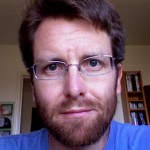 Karel Baloun was the Senior Engineer at Facebook. He also wrote about his experience in a book titled “Inside Facebook.”

That “vision” thing – I asked Karel if Facebook ever thought about competing with MySpace by giving users autonomy over the look of their profiles. He said it was never even a question. Mark had a clear vision for the company. The vision was to be a communication platform, not an art project.

(By the way, when I interviewed venture capitalist William Quigley, he talked about the importance of vision, but he was almost reluctant to use the word “vision” because it’s been so abused.)

Think you can do it? – Ge this. Working with Karel at Facebook was future YouTube founder, Steve Chen. When Steve left Facebook to be an entrepreneur, Karel asked him if he was worried that he couldn’t pay the mortgage on his new home. Steve’s response was “I’m not going to fail.” Karel says Facebook’s founder had the same self-confidence.

Contagious passion – Karel says when Mark hired him, he knew his life changed. He says Mark was good at getting people excited. It’s an important ingredient of success.

Master class course
Create products people want (By building in increments)
How a list nerd grew Ranker.com to 27,000,000 monthly visitors
How getting burned by a developer inspired SD Squared Labs
Building a $200k/mo digital marketing agency from the ground (using...
Master class course
How to grow your audience (Using an Ambassador Program)
Content creation in the world of influencers on Instagram