How To Organize An Event For Investors, CEOs And Influentials

He was a virtual unknown in the tech scene when I met him about a year ago, but this month, Kurt Daradics co-organized an event that brought together some of Southern California’s top dotcom investors, CEO’s, CTO’s and influencers.

I interviewed him about how he pulled off his event, Digital Family Reunion. 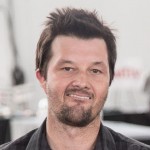 Kurt Daradics is the co-producer of Digital Family Reunion, an organization that produces tech events in Southern California.

Here are some of the steps he took. (Download the interview for more.)

Create a board of advisers

There seems to be something magical about a web site. You and I know that it only takes a couple of hours to put together a decent site. But once your idea has a site, it becomes real to the people you share your idea with. Kurt told me that building a site for his event helped galvanize support for it.

Kurt didn’t know enough people to fill the Skirball Cultural Center. So he made his event about uniting other groups. He asked each of the local tech groups to invite their members and turn his party into their party.

To help others promote his event, Kurt provided them with HTML emails, web badges and other tools. Most people copied what he gave them into their email newsletters or web sites.

He managed to put together a long list of potential event sponsors. (Listen to the interview to hear how he did it.) But few of his sponsors came from that list. Almost all of them were people who knew and trusted him or his co-organizers and advisers.

Do you have any other tips for putting together a big event? Tell me by email or in the comments.

Master class course
Create products people want (By building in increments)
How Russell Brunson solved the biggest challenge of online sales
LeadPages founder on why you should be embarrassed by your first launch
How Zee Ali went from selling cigarettes in the hood of Chicago to selling...
How a list nerd grew Ranker.com to 27,000,000 monthly visitors
How Drip started as a widget and was acquired by Leadpages for a...