“How did that Mixergy book end up on Amazon?!” 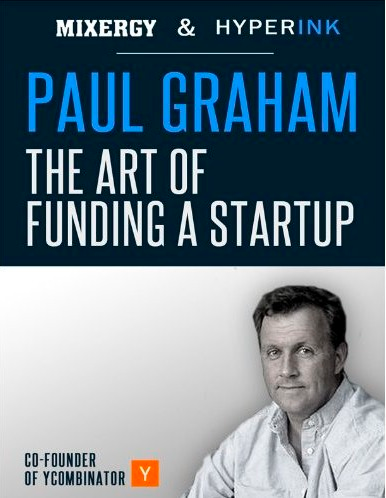 I wasn’t going to say anything until later this month when the startup I partnered with, Hyperink, was ready to launch publicly, but once a link to the book shot up to #1 on Hacker News, my inbox got flooded with questions and it’s easier to respond to everyone publicly. (And if the founder of Hyperink asks me to take this post down, it’ll disappear from the site.)

I believe that entrepreneurs like Paul Graham are heroes, and my mission is to spread their stories and ideas in the most useful ways possible to the few people who share my world view.

The Kindle, as you’ve probably noticed, created an outrageously compelling way to spread ideas. It’s not just that Amazon supercharged the Kindle with its powerful distribution system, but Amazon’s vision for the device trained people to stay focused. Think about the way the web and TV tempt you to keep clicking around. If you own a Kindle, you know it has the oppose impact. There’s not much else to do, so you focus — and learn.

Then I met a guy who told me a secret.

Kevin Gao, the founder of Hyperink is a Mixergy fan who privately told me how well his business was doing by hiring professional writers to create ebooks. My first (and only thought) was, “You should do a Mixergy interview.”

He refused. He wasn’t ready to be public with his company. I think he was still in Y Combinator at the time.

But, he said, we could turn Mixergy interviews into books. He offered to hire a professional writer to make the transcript flow well for readers. He offered to add more content, resources and links to the book, so it’ll be even more useful than an interview.

And (best of all), he offered to do all the work himself.

We chose Paul Graham’s interview as the first one to turn into a book because Graham founded Y Combinator and because Kevin and I were both so powerfully influenced by his ideas — as were hundreds, if not thousands, of other entrepreneurs.

Check out the book on Amazon and see what kind of impact it’ll have on you.