Master Class: How to get traffic from content – with Neil Patel

Neil Patel is the co-founder of multiple companies including Crazy Egg, which creates stunning heat maps that help you increase your conversion, and KISSmetrics, which gives you web analytics and customer intelligence that you can understand.

Neil Patel is a well-known expert on how to get traffic. But even Neil struggled in the beginning.

“It [was] my first real business,” says Neil, the co-founder Crazy Egg and KISSmetrics and the founder of Quick Sprout. “We tried to get our site ranked on Google, and we…never really got a ton of leads from the site.”

Instead, it was expensive and time-consuming to get leads. “It took us awhile really to kick it off and start generating revenue,” he says.

These days, Neil knows how to generate a ton of organic traffic. In fact, companies like TechCrunch, Yahoo!, Samsung, and Microsoft call Neil for help.

In his Mixergy course, Neil shows you how to get free traffic using content marketing. Here are three highlights from the course. 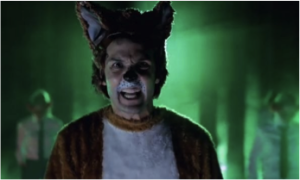 Lots of people start content marketing and focus on the wrong stuff.

They worry about things like SEO-boosting tactics or the right keywords or the perfect headline formula. “Some people even try to generate traffic by manipulating Google,” says Neil.

So how do you get your name out?

Write guest posts on sites that share your audience.

“Even if you don’t have time to create content for yourself, go create content on other
sites or for people within the industry,” says Neil. “I used to do five guest posts a week. It’s a simple way to generate quite a bit more traffic.”

To figure out where to guest post, Neil says to use Open Site Explorer to find out which sites have the highest domain authority, the most social shares, and the most active commenters. “It shows that they’re getting engagement,” he says.

2. Get Off Your Island 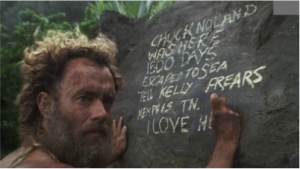 When most people start a blog, they think that they can just write a few posts and magically get traffic.

But that’s not how content marketing works, says Neil.

“It doesn’t matter if you put out a masterpiece, he says. “If no one reads it, it’s not a masterpiece. You’ve actually got to get out there and spread it.”

So how do you make sure people will read it?

”Partner” with other sites

Then, he invited Moz to share his guide with their audience, which they did. “That drove a ton of traffic,” he says. In fact, the first time Neil used this technique, he got about 150,000 more readers than he got with his previous guide.

3. Paint Them a Picture 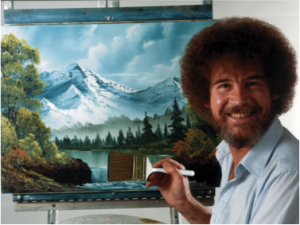 Content marketing is typically associated with blog posts. But if you only write blog posts, you won’t reach a very important segment of your audience.

“We’ve found that not everyone is a text- or numbers-based learner,” says Neil. And that’s especially true of newbies, “who are typically the largest audience in any segment,” he says.

So how do you reach people who aren’t text-based learners?

Put content into a visual format to make it easier to understand.

For instance, Neil started turning some of his text-based content into infographics, “and we started seeing a lot more traffic,” he says. “A visual format makes it much easier for anyone to understand.”

And Neil says you don’t need a big budget to make an infographic. “With 99designs, you can get one made for $250,” he says.