Master Class: How to get traction – with Gabriel Weinberg

Gabriel Weinberg is the founder of DuckDuckGo, the search engine that doesn’t track you. This course is based on his new book, Traction: A Startup Guide to Getting Customers.

If your product is really awesome, your startup might fail.

Gabriel Weinberg says that’s exactly what happened with one of his earlier startups, Groupomatic. “I made a product that people were interested in,” says Gabriel Weinberg, the founder of search engine DuckDuckGo and author of Traction: A Startup Guide to Getting Customers. “There was clearly some need for it.”

So Gabriel worked hard to build a great product, but there was just one problem. “I didn’t really focus on getting traction while I was building the product,” he says. “So I launched it to basically no fanfare, had no idea what to do next, and that’s really a common story, unfortunately. And the sad part about it is that the products are often good.”

Today Gabriel knows how to start building traction from day one, which is how he grew DuckDuckGo to 150 million searches per month.

And in his Mixergy course, he shows you how to get traction for your own startup. Here are three highlights from the course.

1. Go for the Bullseye 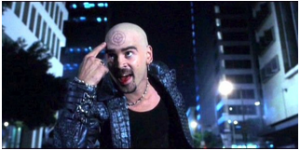 If you’re already awesome at guest blogging or SEO, it seems logical to start with what you know.

“But…what you know may just be the wrong channel for your business right now,” says Gabriel.

That was a mistake Gabriel made in the early days of DuckDuckGo. “The first [marketing] channel for DuckDuckGo was SEO, and the only reason for that was that my last business grew a lot through SEO, so I know SEO,” he says.

But SEO wasn’t working. “I got a tiny bit of traction through SEO,” he says, “but the volume was tiny.” It was the wrong channel.

So how do you find the right marketing channel?

Use the bulls-eye framework to find a profitable channel.

To do that, set a clear goal, and then brainstorm every possible marketing channel you can think of. “Some of the channels won’t work,” says Gabriel. “And so you’ve got to know what your goal is so you can measure what you’re doing against that goal.”

After you’ve listed the channels, put rough numbers to them. “How many people do I think will convert?” says Gabriel. “How much will it cost to convert them, and are these customers that I want?” Then, narrow your list down to a few promising channels, test them, and focus on the channel that works best.

With DuckDuckGo, Gabriel set an initial goal of 100 million searches per month. And one of the channels he wanted to test was getting press by doing something PR-worthy. So he bought a billboard in San Francisco that said, “Google tracks you, we don’t. Search better at DuckDuckGo.com.”

“A Wired reporter made it the lead story for a day,” says Gabriel. “And then we leveraged that to get the same story in USA Today and a couple of other places. And it really did move the needle, and so we said let’s double down on this and try to get press for the next year. That’s what we focused on.”

“Do things that scale.” That advice makes sense, unless you’re trying to get traction for your fledgling startup.

“In the earliest stage…your traction goal is usually small,” says Gabriel. “You just need to get a little bit of traction to get to the next level. A lot of unscaleable things actually move the needle for that [initial] goal.”

In addition, scalable things like automation can distance you from your target customer. “We’re talking about building the product while you’re building traction, he says. “And you might change the product because of [customer feedback], right?”

So what should you do to get traction (and feedback) in the early stages?

“Speaking at a conference and even going door-to-door…won’t move the needle later on in your business life,” says Gabriel. “But that’s okay because right now they can. And if you know what your goal is, then you should be willing to do it if the numbers work out.”

Another benefit is that you’ll get a better response rate by making a personal connection. “One of the advantages founders have is that they’re authentic people,” he says. “So the founder reaching out…is kind of surprising to people on the other end, and you’ll have much higher conversion rates.”

Finally, personal connections with customers are key to a successful launch. Gabriel points to the example of Noah Kagan, founder of AppSumo. When Noah was working on the Mint.com launch, he personally asked people to put Mint badges on their sites before Mint was live.

“The premise is that you’re working on a product that people really want,” says Gabriel. “And if that wasn’t the case with Mint, then no one would have put these badges up no matter how persuasive Noah was. But people really did want it.” As a result, Mint had 10,000 pre-registrations before they launched.

3. Walk In Their Shoes 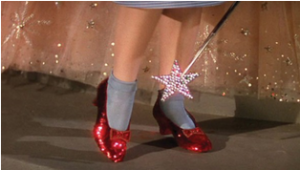 “You’re thinking, ‘I have this product,’” says Gabriel.”’I need to put up a pricing page, and I’m coming up with this price point, and they need to pay before they try it because I need money right now.’”

But that’s the wrong way to design a sales funnel, he says, because it’s all about you.

So how should you design your sales funnel?

See it from their perspective

Design your sales funnel from the customer’s point of view.

“The customer perspective is, they land on my website, who is the primary customer landing there?” says Gabriel. “What are they thinking? What do they really need?”

For instance, software development company JBoss was trying to convert users of their free software into paying customers. And they saw that a lot of freemium users wanted documentation. “So what JBoss decided to do was tie getting the documentation to getting an email address,” he says. “And once they got the email address then they would…see if [the user] needed more help, and if they needed more help, then they would go to their inside sales team.”

The process worked well because JBoss wasn’t constantly marketing to free users, they were only stepping up interaction when a user asked for help.

“For other businesses it may be totally different, but the general point is that you need to think from a customer perspective, and the easiest way to do that is to talk to customers,” says Gabriel.