James Kennedy made the same mistake for almost a decade.

James, cofounder of Piehole.tv, would work as a contractor for six months, then quit to launch his own product. When he couldn’t get any sales, he’d “build it harder” until he ran out of money.

“You can code the product all you want, but I wasn’t getting people to buy it,” he says.

It wasn’t until he hit rock bottom that he discovered how to get people to buy.

He was working at his brother’s burrito bar and would make sales calls for two hours every day. “I would sit in a 6’x6’ storeroom,” says James. “[I’d] pick up the phone and I would start calling, and eventually…I started getting a repeatable sale cycle.”

Today James manages a sales team that helps him make those calls. They average a 20% conversion rate on Piehole.tv videos.

In his Mixergy course, he shows you how he does it. Here are three strategies you’ll learn in the course. 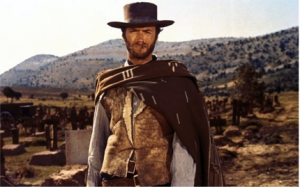 When someone downloads your free ebook, you need to know if they are a good prospect. Are they interested enough to become a paying customer?

But how do you find out if they’ll buy? After all, you don’t want to start the relationship with a hard sell. That’s just going to scare away your potential customers.

So how do you figure out who’s a good prospect?

When someone signs up for your free offer, call them right away to gauge their interest.

James says that the time people are most willing to talk to you is right after they download the free giveaway. So he calls them immediately.

“You’re not trying to convince anyone [to buy],” says James. “My first goal is to say, ‘Did you get the ebook?’ You will tell from their tone of voice right away whether it’s a good time or whether they’re really interested. Then you can go from there. That’s your first goal.” 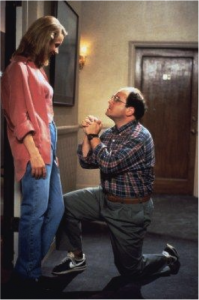 But those kinds of wishy-washy statements lead to missed calls, more voicemails and emails, and a longer sales cycle. Or you might lose the sale entirely.

So how do you avoid vague commitments to keep a deal moving down the pipeline?

Always set a next action date, such as “I’ll call you back on Thursday at 2 p.m.”

“It’s very tempting to just hang up the phone and move on,” says James. “What I always do is rather than saying goodbye…I’ll always ask for that next date. And that gives me a sign about whether they’re interested.”

James says that when they agree to the next action date, then they’re a real prospect.

3. You Don’t Have to Be Charming 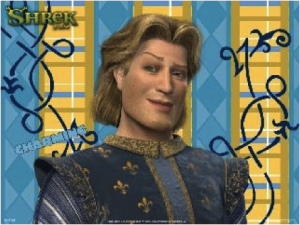 You need to establish credibility.

But the people you’re calling don’t know you. And it’s pretty hard to charm them into trusting you, especially if calling prospects makes you nervous.

So if you’re not Prince or Princess Charming, how do you establish credibility on the phone?

“You think salespeople have to be super extroverted, but I find that not to be true,” says James. “As long as you can pick up the phone, that’s all that matters.”

That’s because it’s consistency that establishes credibility, not charm: “I’m totally a nerd, right? A computer science degree and awkward at networking events. The key to it is…just doing what you said you’d do…turn up on time.”