How to launch products that people actually want

Ash Maurya is the author of Running Lean: Iterate from Plan A to a Plan That Works and is the founder of Spark 59, which helps entrepreneurs create successful companies.

Is a great idea enough?

Unfortunately, many entrepreneurs learn the answer to that question the hard way.

“The first company I ever built was built purely for the love of building the solution,” says Ash Maurya, author of Running Lean: Iterate from Plan A to a Plan That Works.

In fact, Ash was so in love with his solution that he kept it under wraps, making the few people who knew about it swear to secrecy. “We just kept building, thinking if all we did was build this product and just show it to the world, magic would happen,” says Ash.

But when he finally revealed it to the world, no one cared.

“[It’s] what I call the unbridled passion for the solution,” he says. “It’s become one of those leading causes of subsequent failure, because what we build is not really what people want at the end of the day.”

These days Ash only builds products that people really want. That’s how he built companies like CloudFire, Wired Reach, and Spark59. In his Mixergy course, he shows you the system he uses.

Here are three highlights from the course: 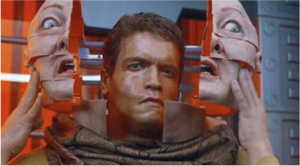 Ash’s first product failed because he ran with an idea he loved, without knowing if his business model would really work.

And at that point, you have everything on the line.

So how do you figure out if your business model will work?

Put pen to paper, and write down your plan.

“Oftentimes, we pay lip service to writing business plans, no one does it these days,” says Ash. But we have to “convince ourselves on paper that this makes sense,” he says.

And it’s much less painful than it sounds. In fact, it takes just 20 minutes to write what Ash calls a “lean canvas”, which is a list of your core assumptions.

Many entrepreneurs think that the world is their customer base.

“We all start with a solution, and we think that if we build this thing that it’s going to be the best thing since sliced bread,” says Ash. “And often we say, ‘I want to serve everyone, so I’m building a cloud-sharing app, or a photo-sharing app, and anyone that has large files or anyone who has lots of photos could be a potential segment.’”

The problem is that when you try to speak to every kind of potential customer, no one feels like you understand their specific problems.

So which customers should you try to reach?

Get to know your early adopters

Figure out who your early adopters will be, says Ash.

Then, anticipate their problems and write them down in your business plan.

“If you can identify with them, and fulfill your promise to them, it may not be your full
addressable market, but it gets you noticed,” says Ash. “If you look at that pattern,
even companies like Facebook…started with a very specific customer segment of the early adopter, which happened to be a college student, but not just any college student, but one on the Harvard campus. They…start with a clear definition of who their early adopters are, and then they grow it from there.”

3. You Are Not a Beautiful and Unique Snowflake 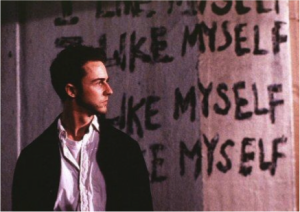 Your customers are getting bombarded with messages every, single day.

“One of the biggest challenges that we face, when we put a new product out there, especially when nobody knows us, is standing out,” says Ash. “Tons of people are always saying the same thing, ‘Well, you have large files, come use our service.’”

So how do you get your target customer’s attention?

“This is the thing that matters most, initially, to customers,” says Ash. “When they see that unique value proposition, it’s you saying, ‘If you use my product, this is the benefit you’re going to get.’ It’s not to make the sale, but it’s to get the attention and make the customer say, ‘Wow. That sounds interesting. Let me learn more.’”

So how you you develop a UVP?

“Try to figure out what is [the early adopter’s] number one problem,” says Ash. “What do you think matters the most to your customer…and if they were to use your solution, what would happen to them? What would be that benefit?”