How to successfully run a remote team

Ryan Carson is the founder of Treehouse, the best way to learn how to design and develop for the web and iOS.

Ryan, founder of educational site Treehouse, says the worst part wasn’t even the money. The most painful part was that “I wasted six months and allowed our competitors to get six months ahead of us.”

So what was his mistake?

When you hire a local employee, it’s easy to see if she’s goofing off or not getting things done. But when you hire a remote worker, you don’t have any of those visual clues.

Even so, Ryan knew things weren’t getting done. “I had rationalized it away and said, ‘Well, maybe I don’t understand exactly what’s happening or maybe they’re doing preparatory work,’” he says.

These days, Ryan’s pretty much got this remote team managing thing down. And hiring folks that live anywhere has also helped Ryan scale up his team to 55 employees all over the US and UK.

In his Mixergy course, he shows you how to do it. Here are three highlights from the course. 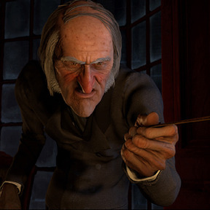 A freelancer drops off the face of the planet in the middle of your project. Now what?

They don’t get paid, sure.

But more importantly, you’re out the time and money invested in this person. You’re also behind schedule now.

So how do you persuade remote team members to stick around for the long haul?

“I think that people who are stingy just don’t understand how people work,” says Ryan. “No one is going to give you their heart and soul if they feel that you are an Ebenezer Scrooge…”

So what kind of shocking benefits does Ryan offer? Health benefits, retirement contributions, a 4-day workweek, paid sabbaticals, and a lunch stipend, just for starters.

“All this, in addition to taxes, comes up to about 30% of one’s salary,” he says. “But if you plan for that and you put that in your cash flow, then it’s all doable.”

2. Show Them the Yellow Brick Road Working remotely has its advantages: never being in rush-hour traffic, no pointless meetings, the freedom to work in your sweatpants…

But it has its disadvantages, too.

For one thing, there’s less face-time, which makes it harder to keep your team engaged. There aren’t as many opportunities for remote team members to discuss goals, progress, and problems.

Also, when a team doesn’t meet in an office, it’s difficult to see the role each person plays in the company. That makes it harder to rise up and take on more responsibility.

So how do you engage a remote team member and help them grow?

Set Them on a Career Path

Show team members their career path at your company.

“People want transparency,” says Ryan. “They need to understand where their career could go.”

At Treehouse, every job has a salary range. Each quarter there’s a set salary increase a team member could get. “The idea is that there is a feeling of progression, that you know you could get to this salary up here,” he says.

This system gives every team member goals and rewards to work toward. Despite the most rigorous hiring process, sometimes you’ll still hire the wrong person. Then you have the unpleasant task of firing them.

Ryan used to procrastinate firing underperformers because conflict was so painful. “Back in my late 20s, I just wasn’t as assertive and direct,” he says.

But waiting only resulted in missed deadlines and lost revenue.

So how do you get over your fear of firing?

Your Job Is Not to Be Easy on People

It’s always hard to fire someone. But procrastinating doesn’t make it easier.

“I look at someone like Steve Jobs,” says Ryan, “and sometimes I think I wish I could be a little more like him. A little rougher, a little bit meaner, and just say things that upset people. But I’m not that person. That’s not my personality, so I just have to fight the fear of upsetting people.”

How does he fight that fear?

“Now I realize [waiting] does no good to anybody,” says Ryan. “People generally know if they’re underperforming. If they don’t know, then you should tell them, because in the end, if you’re the business owner, or the large shareholder, it’s your job. You have to say the truth.”