Master Class: How to launch a profitable YouTube campaign – with Eric Siu

Eric Siu is the CEO of Single Grain which is a leading digital marketing agency based in San Francisco.

Eric Siu’s client was running out of cash.

“The CEO pulled me aside and said, ‘There are 54 people’s families riding on your shoulders right now,” says Eric, the CEO of Single Grain.

The client was in online education, so there was a lot of video involved. “So, I said, ‘Hey, there has to be something here with YouTube,’ and I opened up a campaign and I took a look,” says Eric. “And, what I saw was…a hint of traction. People were watching the videos, and there were maybe one or two conversions from it. And the cost per acquisition wasn’t that high.”

So Eric learned how to create a profitable YouTube campaign. He tested everything. He even made a $50,000 mistake in the process. “I tested too many different campaigns, and I set the targeting and the budget way too high,” he says.

But the campaign was a huge success. “We increased annual run rate by about $6 million,” he says. “And it’s been their number one user acquisition channel since then.”

In his Mixergy course, Eric shows you how to set up your first profitable YouTube ad campaign. Here are three highlights from the course.

1. You Can Get Around It 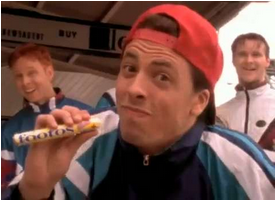 After all, when it comes to Google or Facebook ads, you can experiment for a few hundred bucks or less and get a sense of whether it’s working. But video ads can cost tens of thousands, and Eric says that the more polished videos almost always perform the best.

“There’s a barrier to entry,” says Eric. “And I think that’s the sexy thing about it, because Facebook and Google AdWords became super-saturated. This is one thing that has not become saturated yet. So, it’s a good time to get in on it right now.”

But just because you don’t have $20K to drop on a video doesn’t mean YouTube is out of reach. So how can you create an effective video for less?

Eric says if you start with a lower budget video and get some traction, you can gradually increase your spend. “Then, you can bring in the heavy artillery, and then start doing some live videos,” he says. “You start getting better and better, and then you go all in.”

So how do you create that first video if you don’t have a big budget?

One tip is to look internationally. “There are companies, in perhaps Singapore, that can make great animated videos,” he says. “And, they might cost $2,500. So, you can find discounts around, you’ve just got to shop around and look.” 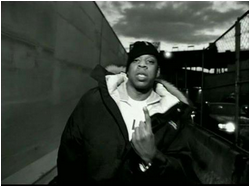 A common reason that campaigns fail is that people don’t know how to course correct.

“It’s terrible,” says Eric. “You spend all this money and you get very high cost per acquisition numbers, and you’re looking like a total idiot.”

You know something is wrong, but you have no idea how to identify the problems in your campaign. “Everything is so jumbled in together, it’s so disorganized,” he says. “You [can’t] figure anything out.”

So how do you setup your campaign the right way?

Segment from day one

Segment correctly from the very beginning.

And Eric says that you don’t have to create a bunch of different ads for each segment, “you just want to segment everything out so when you’re looking at the campaigns, you can easily pinpoint what’s going wrong with it.” 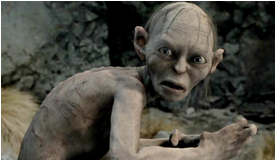 A lot of Eric’s clients try YouTube and don’t get views.

But when Eric looks at their campaign, he sees the real problem: they’re bidding on all of YouTube’s available ad formats. “So you click on ‘targets’ and then it’ll say, ‘What’s the maximum you’re willing to bid per view?’” says Eric. “But it only gives you one box to bid on. If you’re only bidding on the max cost per view across the board, you’re not going to maximize the number of views you can get per day.”

So how do you bid in a way that will maximize your views?

Only bid on the ad formats you care about.

For instance, Eric says that in his experience, in-stream ads have performed better than other YouTube ad formats. “The in-stream ads are the ones that you’re able to skip over,” he says. “You watch five seconds, you can skip. These actually convert the best and drive the most volume…the people that skip are probably unqualified in the first place.”

So Eric focuses his campaigns on in-stream ads. “There’s actually a hidden box that allows you to customize bids per format,” he says. “There’s a blue link [that] says ‘return to one bid for all formats,’ and when you click that, these two options open up: in-display and in-stream.”

Then Eric bids higher on in-stream ads and lower on in-display ads. “You’re going to have to tweak it a little bit as you go,” he says, “and then you find a happy medium. That’s when you can get the most views possible.”