How to profitably launch a web app

Rob Walling’s latest profitable launch is Drip. Drip allows you to easily capture email addresses on your site. It also enables you to send out a drop email campaign.

There was a time when Rob Walling struggled to successfully launch a product.

“I had a string of failures before I had any successes,” says Rob, who recently launched Drip, an email capture app. “[One example] is Flogs.com, which was a social network I tried to launch. I did a one-step email campaign, which is something I would advise people never to do.”

These days, Rob has a step-by-step plan to launch products, which is what he used to successfully launch Drip. “The first month out of the gate we did just over $7,000 in revenue, so it’s definitely a good start for month number one,” says Rob, who has launched 25 apps in the last 10 years.

In his Mixergy course, Rob shows you how to profitably launch a web app, or even an ebook or a conference. Here are three highlights from the course.

1. Get a Frickin’ Laser Beam-Focus 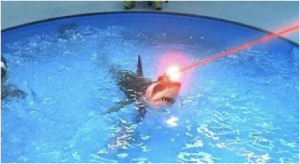 A successful launch starts before you ever build the product.

“I don’t have a large operation, and so in order to be able to build features and to be able to market, I need to basically pick one thing to be really good at, and be laser-focused,” says Rob.

For instance, with Drip, he knew the app would capture email addresses and send drip marketing sequences, but his value proposition had to be more focused than that.

So how do you figure out your focus?

To do that, Rob writes value propositions as though they were ad headlines, such as “More leads, more customers” and “The future of auto responders.”

“Drip…is all of those things at once, [but] I had to figure out which one to double-down on, because I don’t have the marketing budget and the team to focus on all of them,” says Rob.

Then he spent about $500 on Facebook ads to test those value propositions and find the winner. “I tested between 10 and 15 different headlines,” he says.

2. Don’t Try to Scratch Your Own Itch 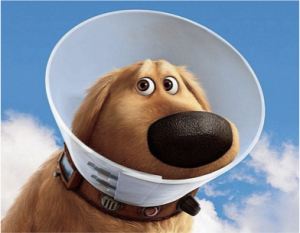 If you need your product, others will too, right?

Well, maybe, but Rob isn’t willing to bet on it. “I wanted to go with a market-first approach where I ensure that there were at least a handful of other folks who would be willing to pay for this same thing, that they also had this itch that needed to be scratched,” says Rob.

And he wanted to make sure that they’d really pay, and that they weren’t just being nice.

So how do you do that when you don’t even have a product to sell?

Ask them to agree to try your product.

“I knew 17 people that I thought could feasibly use Drip,” says Rob, “and so I sent an email saying, ‘This is the bulleted list of what I’m looking to build. You can see an example of it here. [It] will increase conversion rates. It will capture more leads. Would you be willing to pay $99 a month for that?’”

Then, when someone said yes, he went for a verbal commitment. Rob says, “I wrote back and said, ‘I’m going to build this, can I hold you to that, to at least try it out, to at least give me a test? I should have something in four months.’”

3. Just Give Them a Clue 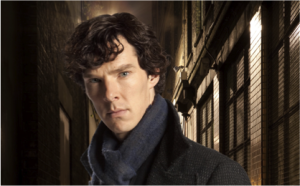 When you’re launching a new product, you don’t have lots of case studies or great testimonials for your landing page. And you shouldn’t spend money on a fancy-looking site, either.

“The [initial Drip page]…was not really something that a professional spent a bunch of time on,” says Rob. “Frankly, I would have gone to ThemeForest and paid seven bucks for a landing page if I didn’t already have one.”

So how do you convert early prospects with a $7 landing page and zero social proof?

Keep it short and sweet

Pique their curiosity. “[Give them] just enough to get them interested,” says Rob.

For instance, his headline for Drip is “Create a Double-Digit Jump in Your Conversion Rate.” And since you could double someone’s conversion rates any number of ways, Rob likes to include a little more information about how the product works. “Two to three sentences, tops, is what I found works best,” he says.

“The longer landing pages that I’ve tested against this, that have testimonials and product logos and other stuff, don’t tend to do as well in this early stage,” says Rob. “You really want to minimize the amount of information.”