How Geordie Wardman got customers to fund his business by paying for a product he didn’t create yet.

Geordie Wardman is the founder of WaveReview (formerly GuestRetain), which helps hotels get better online reviews. It allows them to automatically stay in touch with guests, and send only positive reviews to any social review site.

Before he saw the light, Geordie Wardman acted like other startup founders. He spent $15,000 to start his own daily deals site, and it looked fantastic. “I went into the market just in love with the idea,” says Geordie, founder of WaveReview (formerly GuestRetain).

But what he didn’t know is that a competitor beat him to it. “Here I was totally developing this idea that I thought was great, and here was somebody who’d been out in the market for at least another eight months,” says Geordie. “And in that space they [were well established], and they had a bigger list.”

The deals site was a bust.

Today, Geordie only builds products if he’s 100% sure that he’ll get customers. And he doesn’t invest any of his own money in development.

How? He gets customers to pay upfront for a product that doesn’t yet exist. “I covered all of the development [of GuestRetain] from my pre-sales,” he says.

In his Mixergy course, he shows you how he did it. Here are three highlights from the course.

1. Know What Other People Don’t Know 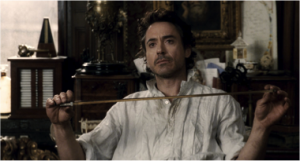 Oftentimes, customers don’t know the root cause of their problems.

For instance, when Geordie spoke with hotel owners, they said their biggest problem was “the feeling that they had just totally been hijacked by these big, powerful review sites,” he says. Bad reviews on sites like TripAdvisor were hurting their business.

So what were those unhappy customers complaining about? Was it customer service, housekeeping, overpriced hotel food?

It turns out that what they were complaining about didn’t even matter. It wasn’t the real reason they left a bad review.

So how do you find the real reason?

Never theorize before you have data

Ask the five why’s to get to the root of the problem.

“This concept [is] about asking the five why’s to get to the root of the problem,” says Geordie. “You don’t want to be saying why, why, why five times. It’s more like, ‘Oh, could you tell me more about that? Well, why do you think that is?’ he says.

To do this, Geordie asked hotel guests why they left bad reviews. “They would say, nine times out of 10, ‘I wouldn’t have done this if I felt like the hotel cared, but they didn’t seem to care,’” he says, “‘I would tell the person at the front desk, and nobody seemed to care, so I left a bad review to warn other people.’”

Geordie realized that if the hotel manager remedied the situation, the unhappy guest wouldn’t leave a bad review.

2. What We’ve Got Here is a Failure to Communicate

You have to talk to customers to find out their pains, but that’s easier said than done.

“When I started doing it, I was fumbling around,” says Geordie. “I couldn’t even get to the prospect. It took awhile for me to get to the point where I was…breezing through secretaries, getting to the person that I wanted to get to.”

So how do you talk to customers when you’re just starting out?

Choose a market you can reach

Begin by tapping your own network.

“Just start by talking to a family member or friend or business associate that will give you the time of day,” says Geordie. “The first call I did was actually with someone that I had problems with doing my freight forwarding. He’s constantly losing shipments and…I call him up and I say, ‘Okay, do you mind if I just run through some questions with you?’”

An hour later, Geordie had a business idea. “He said he would pay me $200 a month,” he says. “That was literally the first idea extraction call that I did, and it was such a great feeling to be like, ‘Oh my God, this stuff works.’”

3. Trim Down to the Essentials 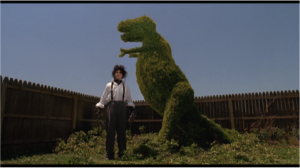 When Geordie found a problem that customers were willing to pay him to solve, he got real excited about solving that problem.

He worked with a designer to create a PDF mockup of his solution. It was beautiful. It was clickable. And he loved it.

So what did he do?

Geordie went back to his customers and showed them his kitchen-sink mockup.

His customers quickly told him, “All that other stuff would be nice to have. [T]he core problem [is] me taking control of my reputation. I need you to fix that.”

So Geordie started stripping out the nice-to-haves until his mockup was “really bare bones.” To hold down programming costs, he even cut out an automated signup page and hired a virtual assistant to do that manually.

As it turned out, he learned that nobody even wanted those features: “Now after I’ve been out in the wild for three months, all those features that I had that I had my developer put in his ice box are gone. It’s like, no, actually my customers don’t even want that stuff now.”