How to interview your heroes

When Andrew Warner was starting Mixergy, his biggest challenge was getting big-name guests to agree to an interview.

“When I was getting started, no one was coming to my website,” says Andrew.

So how did he book guests and grow his audience?

In his Mixergy course, Andrew tells you exactly how he did it. You’ll learn the tactics he used to land founders like Jimmy Wales of Wikipedia and Paul Graham of Y Combinator, as well as bestselling authors like Seth Godin.

You’ll also learn how to ask questions that get shockingly good answers, tactics Andrew has learned after conducting more than 800 interviews.

Here are three highlights from the course. 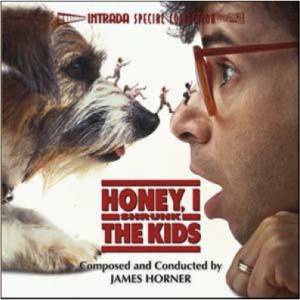 You need to interview well-known people to grow your audience. But famous people don’t want to be interviewed by a newbie without an audience.

And even if you could convince one of them to be interviewed, do you really want to cut your teeth on one of your heroes?

“One of the first things I think people should do is not reach out to the superstars in their lives,” says Andrew.

So who should you interview when you’re still learning the ropes?

Instead of contacting the big shots in your industry, start small.

This helps you gain experience and to create sample interviews to show future interviewees.

“Before you even go for the superstars, look around you,” he says. “Is there an old boss that you’ve been curious about how he does his job? Is there a friend of yours who’s in the business?” 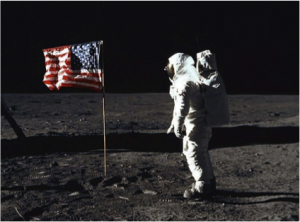 You’ve booked an interviewee and have a specific topic in mind for the interview.

But what if your interviewee wants to talk about something else?

“I know that there are some people who come to me to do an interview on Mixergy who are dying to talk about the company that they have today,” says Andrew. “My interest isn’t so much in the company they’re launching today. My focus is how did you build, and grow, and launch, and fund, and sell the company in the past. But they don’t want to talk about that.”

When Andrew starts an interview, he announces his goal.

He says something like, “Hi, it’s Andrew Warner from Mixergy.com. I’ve got John Bell here. We’re going to do an interview about the company that he launched from his dorm with no outside funding. How he built it up to $20 million a year in sales. Going to find out how he got first few customers. Going to find out why he sold his company. And we’ll also spend a little bit of time talking about his new company.”

“When I say that in the intro, when I broadcast it in the intro, everyone understands where we’re going, and we’re all committed to getting there together,” says Andrew.

3. Know When NOT to Talk 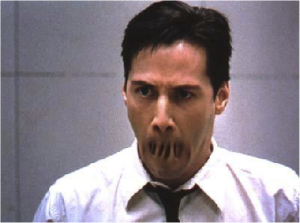 It’s uncomfortable to ask the hard questions. So many times they go unasked or get watered down.

“I used to ask questions like, ‘How much money does your company make?’ and then instantly say, ‘Well, you know, if you don’t want to say, don’t tell me. It’s okay,’” says Andrew.

Not only did he not get the answer, but the interviewee wouldn’t know how to reply!

“The person now doesn’t know where to go with the answer,” says Andrew. “I’m almost telling him that he’s a fool if he does give me that answer because I’ve given him so many reasons why he shouldn’t give me the answer.”

Ask the tough question, then put yourself on mute.

“I used to do audio interviews, and because I couldn’t shut up after I asked these questions, I said, ‘I’m going to ask the tough question, the one that I feel embarrassed about, and then I’m going to hit the mute button,’” says Andrew. “And it’s embarrassing to say, but I put my hand on my mouth to just kind of squeeze something, to take away some of the awkwardness that I felt at the time, and I just shut up.”