Dan McGaw is the founder of Fuelzee, a mobile app company that helps you find the right gas station and get the best deal on gas.

If your business is pulling six figures every month, you have to be on the right track, right?

“Code School had just over 4,000 subscribers,” says Dan McGaw, founder of Fuelzee and former VP of growth at Code School, “[they were paying] $25 a month at that time.”

But there was a big problem…

“We were only growing 2% a month, so it wasn’t really fast,” says Dan. “It wasn’t enough to really make it a stable business.”

Then Dan learned growth hacking techniques that doubled their traffic and subscribers. “We were growing about 15% a month in certain periods, but we basically had a 300% growth in 15 months,” he says.

In his Mixergy course, Dan shows you how to 2-3x your growth. Here are three highlights from the course. 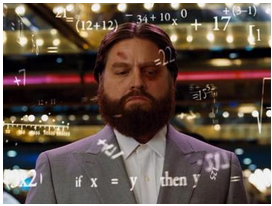 Referral programs are a proven way to get more customers. But you can’t just give away a free trial for a randomly chosen period of time.

And two, you have to be careful about how you structure your free trials. “There were a couple of really smart people who had amazing Twitter followings,” says Dan. “The next thing we knew, they had like 3,000 free days [of Code School] from the referral campaign, so we had to put the kibosh on those.” Another problem was that if the trial ran too long, people could complete courses and then leave.

So how do you create a referral program that gets you the right kind of results?

Test every aspect of your offer

“We looked at how we could give somebody a free trial, but also how to get them to give someone else a free trial,” says Dan. “What it came down to was the reciprocal incentive. If there was an incentive for you to take the free trial, you get two days free. But if you got one of your friends to also have a two-day free trial, you would get an additional two days.”

And that amount of time, two days, was one of the many aspects that they tested.

“We really found out that two days was the perfect amount because it was just enough to get you knee-deep into multiple courses, but it wasn’t enough to get you to complete one single course,” says Dan. “By the time they got into it, they were like, ‘Oh, I can’t just leave this now, I have to finish it. I’ll pay $25 and finish the course.’” 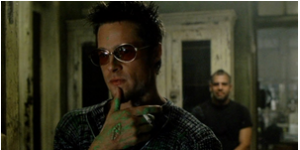 Social sharing can help you spread the word about your business. But it’s tricky to figure out which sites to include.

Do you only add the sharing sites you want to target? Or maybe you should just go with Twitter and Facebook, since they’re pretty popular.

The problem, says Dan, is that customers prefer their own social networks. “What we really noticed was that when you’re working with developers, they are inherently introverts,” he says. “Not all developers are going to share everything on Facebook…a lot of them like Hacker News or Reddit.”

So how do you decide which media sharing options to use?

Personalize the media sharing options to each customer.

“There’s a company called AddThis.com,” says Dan. “And what they allow you to do is when AddThis has a JavaScript on a site, it will read the other cookies that are there and then display whatever social network is [the user’s] preference.”

As a result, social shares doubled for Code School. “We moved that same program into almost all of the sharing that was on the site, so it was a tremendous help for the campaign,” says Dan.

3. Don’t Make Them Do Stuff 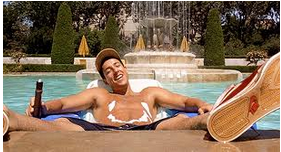 One big mistake with referrals and social sharing is making your customers do too much work.

For instance, in his activation email, Dan linked to his referral program and to social sharing sites. But he quickly learned something about users: They don’t want to log-in to stuff. They don’t want to click a lot. And if you make them do too much work, they won’t do it.

“And there’s no point in them clicking and going to another page and having to fill out information there,” says Dan.

So how do you make it easier for them?

Put it right in front of them

Let them take every action you want them to take right in the activation email.

“The email should be like your landing page,” says Dan. “Do as much of it in the email as you can.”

For instance, in Code School’s activation emails, “you didn’t have to go to another landing page to share,” says Dan. “You just click on the Facebook button, and it immediately opened up a Facebook sharing request.”

As a result, they got more customers. “It helped the campaign expand even faster, because people weren’t logged in, they were just able to share it right from their inbox.”