Jon Morrow is the founder of Boost Blog Traffic, a blog that helps smart writers get more readers.

Jon Morrow’s guest post went viral, but he didn’t get any subscribers.

“My post got something like 100,000 visitors on the first day, and it sent about 15,000 visitors to my blog,” says Jon, founder of Boost Blog Traffic. “But…I didn’t get a single email subscriber from that.”

So why wasn’t Jon getting subscribers?

He didn’t even have a subscription box. “I thought if people liked your content that they would come back, and that was a huge mistake,” he says.

So Jon learned from that mistake. He became an expert on growing email lists, and he worked for Copyblogger and KISSmetrics. He then launched his own online course about guest blogging, using guest posts to promote it. “In the first week, the course made somewhere around $25,000 to $30,000 in sales,” says Jon. “I made so much money so fast that PayPal got suspicious and locked my account down.”

In his Mixergy course, Jon shows you how to use blogging to grow your email list. Here are three highlights from the course. 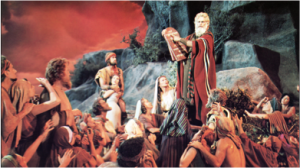 When most people start a blog, they work hard on writing great content.

And Jon says that’s like talking to an empty room. “Let’s take a magnificent speech, the ‘I Have a Dream’ speech by Martin Luther King,” he says. “What if there were no television cameras there? What if he had given that speech to an empty room?”

So how do you make sure that people will read your stuff?

Get an audience before you write a word.

That’s what Jon did when he launched Boost Blog Traffic. “I had this idea,” says Jon. “What if I gathered the audience before I started publishing?”

So he put up a “coming soon” page with an email opt-in box and an incentive offer. “In the beginning, that page, if I remember correctly, got about a 30% opt-in rate,” says Jon.

Then, when Jon started writing content for his own site, he had “several thousand” subscribers reading his stuff.

2. Work During a Drought 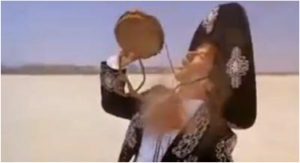 Even though Jon worked for Copyblogger, he still had start at square one when he launched his own site.

“At Copyblogger, I was an associate,” says Jon. “But I didn’t have enough influence for [Copyblogger to] help me launch my blog. They weren’t going to take an entire week and give it to me to help me launch.”

So how do you do that when you don’t have the influence or connections?

“[Copyblogger] always took off the week before Christmas and never published any content,” says Jon. “And I said, ‘Why don’t you allow me to write an entire series of posts about headlines?’ So I wrote a post every day during that week and entirely monopolized the attention of a blog with over 100,000 subscribers at the time.” Jon also found bloggers who were going on vacation, and offered to write guest posts to fill that time.

“Look for those opportunities where other big sites may need content, and then jump in there and make sure that you do a really do a good job so they’ll invite you back,” he says.

3. Show Them Your Best Stuff 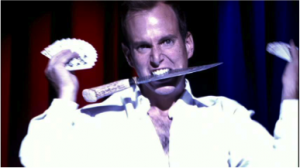 Lots of people don’t want to give away their best ideas in a guest post.

“That’s a mistake that a lot of [bloggers] make,” says Jon. “They try to hold back their best stuff for their own site.”

But the problem is that unless you wow readers in your guest posts, no one will go to your blog and sign up for your email list. “You’ve got to prove yourself, prove your results, and
build a network of influencers,” he says.

So how do you prove yourself?

Give away your very best stuff on sites with a big audience.

“In the beginning, when your blog is new, you need to be giving your best content away to other big sites where it can get the biggest audience possible, and then link back to your site,” says Jon.

For instance, when Jon was starting out, he spent 50 hours writing a guest post for ProBlogger. “This was maybe the best article I’ve ever written,” he says. “This post has gotten…over a million page views. It’s the most popular post in the history of ProBlogger.”

And Jon linked his guest post to his opt-in page, not his blog. “Then that opt-in page leads to an autoresponder sequence,” he says. “I was making an average of $7,000 per guest
post [in sales].”