Master Class: How to find your calling – with Jeff Goins

Jeff Goins is the author of four books and a popular blog that you can read at GoinsWriter.com.

“I was a marketing director for this international non-profit,” says Jeff, the author of The Art of Work: A Proven Path to Discovering What You Were Meant to Do. “But I had this feeling that I think a lot of people get, like there was something more that I was missing out on.”

“He was this random guy that I had known maybe a month,” says Jeff. “And he goes, ‘Jeff, what’s your dream?’”

“Huh, that’s interesting,” said Paul. “I would’ve thought that your dream was to be a writer. I guess I was wrong, then.”

That’s when Jeff got interested. “No, wait,” he said. “Yes, if I have to have a dream, it would be to be a writer. But that’ll never happen.”

“Jeff, you don’t have to want to be a writer,” Paul said. “You are a writer. You just need to write.”

That conversation changed Jeff’s life. “The next day, I got up at 5 a.m.,” he says. “I hadn’t done that in years. And I started writing, and I didn’t stop. I haven’t stopped since. That conversation with Paul kind of opened up the process of me understanding who I was.”

In his Mixergy course, Jeff shows you how to find your calling, too. Here are three highlights from the course. 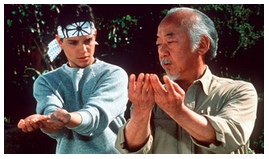 Lots of people are looking for an all-knowing mentor to put them on the right path.

“I went through a season of life where I was looking for one mentor,” says Jeff. “You know, one person who was going to, like, make it all happen.”

But he never found The One. “I just don’t think that’s realistic,” he says. “I think there’s this idea in our culture that you can just have one mentor for 25 years, you’re going to sit together and have coffee once a week or whatever, and you’re going to learn all this stuff and become as successful as them.”

And, it’s just not practical. “Successful people are busy,” says Jeff. “It’s hard to get attention from one important person all the time.”

So where should you look for guidance instead?

Look for guidance all around you.

“The mentors and masters who can help us are sometimes hiding in our everyday relationships,” he says.

She didn’t have just one mentor who put her on that path. Instead she was guided by a few people, like the aunt who gave her a home when she was about to become a single mother. And the online friend who said, “You would make a good doula.” And the friends who supported her as she attended school.

Today Ginny has her own business and manages a whole team of doulas.

In the full course, Jeff explains what to look for when assembling your team of mentors, and how you can self-educate on any topic with this approach. 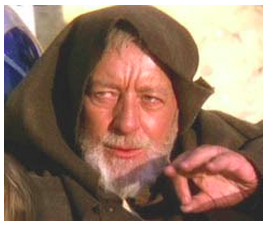 The truth is that you probably won’t figure out your calling right away.

Marketing consultant Matt Williams actually had several big failures before he found his.

Yep, his own dad fired him.

And Matt credits those failures with helping him figure out what he should be doing. But how is that really possible?

After all, failure hurts. So how do you keep coming back after crushing failures?

“Think about basketball, when you’re dribbling down the court, and you stop and you just run out of options,” says Jeff. “Because if you take another step, you’re traveling, and you’re going to give the ball over. You’re too far away from the basket, so you can’t shoot.”

Basically, you’re all out of options. “Except for a pivot,” he says. “If you have one foot planted, the other foot can kick around 360 degrees, and you can move in any direction and then pass the ball down the court.”

That’s how Matt saw his failures, too. “It was a pivot point where he could try something and go, ‘I’m doing something wrong here, and I need to shift my focus and head in a different direction.’”

In the full course, Jeff tells you how experiencing failure will actually make you a better entrepreneur. (And yes, you’ll find out why Matt’s own father fired him!) 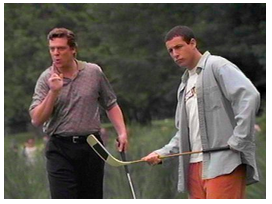 Jody was sure that he knew what his calling was: being a national park ranger.

And he fulfilled his dream, too…until he started a family.

“Being a park ranger is a very demanding job,” says Jeff. “You live on the facilities. If anything happens, you have to respond.”

It wasn’t compatible with the family life he wanted, so Jody became a business consultant.

So what should you do when your calling just doesn’t work out?

Pair it with other skills

Combine your skills and interests in new ways.

That’s what Jody did. “He has this podcast now called the Park Leaders Podcast, and it’s basically a podcast for park rangers,” says Jeff.

Jody combined his love of parks with his business expertise.

“He helps [park rangers] understand that they don’t have just one job,” says Jeff. “They have to understand business and communication and leadership. It’s not just driving around and making sure people aren’t breaking the law.”

Even though Jody misses being a ranger sometimes, his old boss said, “If you love parks, Jody, what you’re doing right here is doing more for the industry than you ever could as a park ranger.”

After Jody’s boss pointed that out, “he began to realize that maybe all of this combined in a portfolio is really what his calling is about,” says Jeff.