Master Class: How to sell to enterprise customers – with Steli Efti

Steli Efti is the founder of Close.io, CRM for real sales people.

When Steli Efti started his first company, he wanted to go after the big fish.

“We even got really large organizations like Google, Intuit, and Oracle interested,” says Steli, now the founder of sales-as-a-service company Close.io.

But he couldn’t close the deals with those big organizations. “The problem was not understanding how enterprise sales works,” he says.

And that lack of understanding almost sank the company. “It cost us over a year of time and resources and energy,” says Steli. “People left the startup because of the failure of it. So it was a pretty pitiful experience.”

Today, Steli knows how to sell to enterprises. In fact, he learned so much that he co-founded Elastic to offer an outsourced sales team to companies. And the CRM software they created to use internally was powerful enough that enterprises wanted to use it too.

Unfortunately, wanting isn’t the same thing as buying. Big companies often want “volume discounts” and “just a few more features” before they sign on the line that is dotted. So selling to them is tricky.

But Steli was able to sell his CRM software even though he turned down their requests for massive discounts and custom features. “A few weeks after we told them no, a credit card got processed, and we got an email that said that they went ahead and bought [our software],” says Steli. “Everybody was excited about telling a large company…’no’ to everything they asked us for and still successfully selling them at the end.”

In his Mixergy course, Steli shows you how to sell to enterprise customers. Here are three highlights from the course. 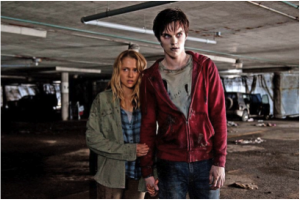 With enterprise customers, it’s tough to figure out who you should be talking to. And it’s even tougher to get that person to take your call.

Steli didn’t know how to do either of those things when he started his first company. So to get leads, he bought a list of contacts at enterprises and cold-emailed them.

“I don’t know how they do it today, but back then, 40% of the contacts [were] just bad names, bad email addresses,” he says. “And the rest of them, you know, we had almost no open rates, and no response whatsoever.”

So how do you start selling to enterprises if they won’t talk to you?

Go after the low-hanging fruit

“What’s your network?” says Steli. “Your family, friends, colleagues, ex-colleagues…where do they work and where do people that they know work? Even if those companies are not ultimately the companies you want to sell to, just get their advice on how to sell to large organizations.”

Steli says that the goal is to learn and to make connections, “so that you can get an easy entry and have somebody actually listen to you.” 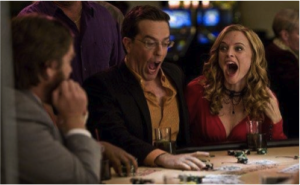 When you’re a new startup, enterprises see you as a risk.

For instance, the first time Steli pitched his idea for Elastic, all he had was the idea. “We had no website up,” he says. “We had no presentation. We had no logo. Nothing.”

So even though a prospect was interested, they weren’t willing to take a gamble on an idea alone. “They said that if it existed, it would be a true game changer for their business,” says Steli. “But they were afraid…of giving away control of their sales process, having us interact with their customers.”

So how do you get companies to trust you?

Convince them with actions.

For instance, Steli’s prospect was concerned that their product was too complex for Steli’s sales-as-a-service team to fully understand.

“So we told them, ‘Give us seven days to learn everything we can about your product,’” says Steli. “‘We are going to learn all of it on our own. And in a week we will call you, the founders, and we will sell you…on your own product. Ask us the toughest questions that you can think of. If we can sell you, we are going to be able to sell everybody else.’”

When Steli and his team called them a week later, they closed the deal. 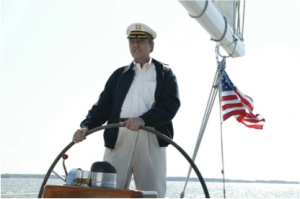 When Steli started his first company, he devoted his time to promising deals that he assumed would close soon.

For instance, when he met with Oracle, a senior vice president immediately loved his idea. “We were thinking, ‘We’re the smartest people in Silicon Valley,’” he says. “‘Enterprise sales is easy!’”

After each meeting, Steli thought that he was just a few weeks away from making the sale. But he ended up doing countless presentations, meetings, and conference calls for the next nine months, and the deal still didn’t close.

So how do you figure out what it’ll really take to close the sale?

Ask for a Roadmap

During your first meeting, ask about their sales process. Who needs to get the buy-in and how does it work?

“Even if you are progressing well, your deal might get lost in the middle of a reorganization or somebody leaving,” says Steli. But if you understand their sales process and the timeline, you can make an informed decision about whether you’re willing and able to devote your resources to closing the deal.

“Ask, ‘What will it take for you guys to actually become a customer?’” Steli says. “Then have them guide you through the entire process. Keep asking until they say, ‘Yes, and then we will pay you money for your product.’ Then you actually have the roadmap.”