How to write copy that converts

Joanna Wiebe is the founder of Copyhackers.com which publishes copywriting guides that are made exclusively to improve your sales.

Beachway Treatment Centers was losing $20,000 a month for every empty bed in their addiction treatment facility.

So Joanna Wiebe made a few changes to their copy that increased their conversion rate by 26%.

Now every bed is filled, and there’s a waiting list to get in.

Joanna is the founder of Copyhackers.com, which publishes copywriting guides that are designed to boost sales.

In her Mixergy course, she shows you how to write copy that converts visitors into paying customers. Here are three highlights from the course.

1. Get Them Over the Wall

Getting prospects to convert is like getting them over a brick wall, says Joanna.

“And with our copy, we’re trying to knock down a lot of those bricks to make the wall lower and get the person over to the other side, the paying side. Turn them from visitor to customer.”

But lowering the wall isn’t enough.

“Sometimes we have to do little things at the ultimate point of need, which is when you’re at a button and it’s the ultimate time to really pull out all the stops to get people to click that button [and convert],” says Joanna.

So how do you do that?

Pull Them Over the Wall

Offer incentives to convert. Joanna calls these incentives click triggers because they “trigger the click that gets the person over that wall.”

“[Click triggers] are about positioning the right small message to get them to click that button,” says Joanna.

2. Give Them What They Really Want 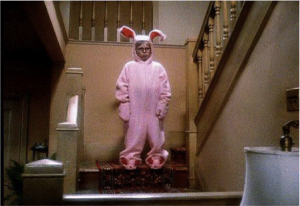 Let’s say that you need customers to complete a registration form. Your goal is to get them to click on a button that says “Sign Up and Create Your Free Account”.

But visitors aren’t clicking on it. They get to the button and leave your site. So what gives?

The problem is that prospects don’t want to “sign up” or “create an account”, even if it is free. That sounds like too much work, so they lose interest or decide to do it later. But later never comes.

Empathize with Your Prospects

You have to replace friction words that make the process sound time-consuming or painful with words that describe what your customers really want.

In the “Sign Up and Create a Free Account” example, prospects have to create an account in the next step. But “they don’t want to create a free account,” says Joanna. “They just want to get started.” 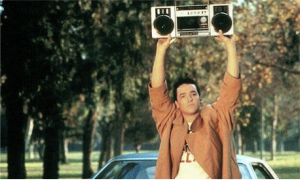 What happens when your target customer can’t tell whether your product is right for them?

IVPN.net, an Internet privacy service, was created for professionals who need a virtual privacy network, such as a journalist in China who doesn’t want their internet history tracked.

But a journalist couldn’t tell that from the IVPN.net website, says Joanna, so journalists weren’t converting.

To make matters worse, the site was attracting other kinds of visitors, such as gamers, even though IVPN.net wasn’t the best solution for them. Gamers were unlikely to convert and were increasing the bounce rate.

So how do you let the world know who your target customers are?

Don’t write for 100% of your visitors. Write for the 20% who are most likely to convert.

For example, one change Joanna made on the IVPN.net site was to state, “It is ideally for foreign journalists, researchers, and investigators.”

“If I’m a foreign journalist or a researcher or an investigator,” says Joanna, “I arrive on this site, look at it, and think, ‘Yes, everything looks good, but is it right for me?’ Then right there it says, ‘It’s right for me.’”

Joanna says when you tell people they’ve arrived at the right place, you reduce bounce and increase conversions.

This article was written by April Dykman.