How to use cash float

Sam Ovens had a promising startup, but no money to invest in it.

“I had an awesome idea with SnapInspect,” he says. “I knew it was going to do well, and it was growing, and it was profitable, but I wanted it to grow faster, and I wanted to build more features.”

To do that, he needed cash. But Sam is in New Zealand, with no access to Silicon Valley money. And he didn’t want to take on investors, anyway. So instead, he took a hint from Warren Buffett.

Sam had read about how Warren Buffett used the “cash float” from his insurance business to fund his other companies. “For those of us who don’t have the luxury of owning multiple companies, consulting businesses can be used in the same way,” says Sam. “I realized I had a lot of basic skills and that consulting would be a good business to do on the side of SnapInspect, to make some money, and to stimulate SnapInspect’s growth,” he says.

Sam started a consulting business that now brings in $35,000 per month, which he poured into his startup. With a full-time developer and other staff, SnapInspect took off. Today SnapInspect has about 1,500 paying customers and revenues of $37,000 per month.

In his Mixergy course, Sam shows you how to use “cash float” to fund your startup. Here are three highlights from the course.

1. Go Where the Money Is 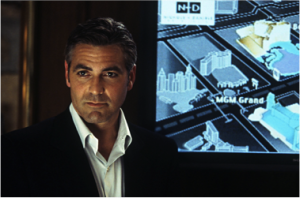 Most people target customers who don’t have any money.

“When I first started out trying to get consulting clients, I would approach companies that…didn’t have enough money,” says Sam. “A company that’s scraping month to month, even if you’re going to solve a big problem for
them and you’re really going to help them, expenses is the last
thing they need.”

The result? He wasted a lot of time trying to make it work with those clients, and he made almost nothing.

So how do you find prospects with money?

Find prospects who are already spending money on advertising.

Then he grouped the ads by industry. “I could actually see which industries were…spending a lot on marketing, just by cutting and tearing full page ads out of the yellow pages,” he says.

2. Get Past the Gatekeeper 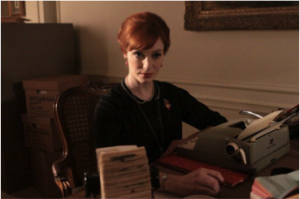 Once Sam had prospects with money, he had to figure out how to reach them. But cold-calling is hard, and people sort their mail over a trash can. Sometimes your mail never even makes it past the secretary.

So do you reach the successful prospects?

Make it to the top of the pile

To do that, Sam created a package with the prospect’s yellow pages ad, a sales letter, a CD with a 5-minute critique of their website, and the offer of a risk-free 30-minute consultation.

“If it’s in the bubble-wrap pack and it’s lumpy, it gets you excited and you want to open it,” says Sam.

Plus, something lumpy can’t sit at the bottom of a pile, and a secretary won’t open it. “The gatekeeper’s going to think, ‘Well this is something he’s probably bought, personally, on the Internet. I’ll let him open it himself,’” says Sam.

3. Give Yourself a Scooby Snack 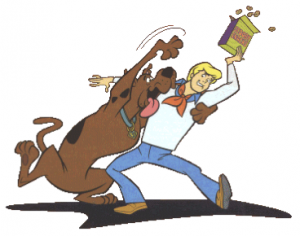 Marketing yourself isn’t fun, so Sam avoided it as much as possible.

“When I first started out, I’d constantly find myself inventing things to do to, like, oh, we need a new WordPress theme, or I need more Twitter followers, or my profile picture isn’t good enough,” says Sam. “Stuff that doesn’t generate money.”

Then he heard Tim Ferriss ask, “Am I inventing things to do to avoid the important?” Sam realized that selling was important, and that he was avoiding it because it was uncomfortable.

So how do you make yourself do the thing you’re avoiding?

Find a trigger, a task, and a reward.

Sam read The Power of Habit, which says that every new habit requires three things: a trigger, a task, and a reward. He decided that his trigger would be starting work in the morning, “before email, before anything,” he says. His task was sending out direct mail pieces. “I’d drive to the post office, send it, and then my reward for doing that was I’d go to the cafe next door, and I would get a $5 coffee that I always used to think was too expensive, and I would just sit there, and I wouldn’t care if I took half an hour just to sit there,” he says.

After a few weeks, it became harder to not do it than to do it. “If I didn’t do that, if I
didn’t send that piece and get that coffee, I just felt guilty, and it became a habit so quickly that it was, like, the only way I could get satisfaction…was to do that,” says Sam.