Jesse Pujji wrote an ad for his client that consistently generates $10,000 a month.

In his Mixergy course, Jesse shows you how he does it. Here are three strategies you’ll learn in the course.

1. Use a Fine Scalpel 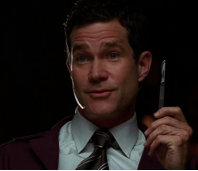 That’s because it’s a waste of money to show your ads to people who don’t want or need your product.

It’s the same with Facebook ads. People outside your target audience probably won’t click on your ads. And even if they do, they won’t buy.

That can get expensive because, as Jesse says, “you’re still paying for the click at the end of the day.”

So how do you make sure your ads reach the right people?

Cut Out the Ones Who Will Never Buy

Decide who to advertise to before you run your ad, then cut the rest.

“We think of it as a fine scalpel rather than a broader stroke,” says Jesse.

He recommends narrowing your group to about 40,000 people, small enough to write a targeted ad, but still large enough to reach a lot of prospects. 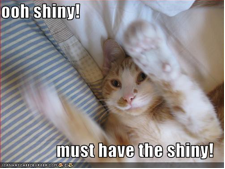 Your ad has to grab attention. But you have to do it the right way.

Jesse says that although you can use cheap gimmicks to get attention, they don’t convert into sales.

Jesse speaks from experience. “One of the first ads we did was something like that, and it was great to get clicks but terrible to get conversions,” he says. “Unless clicks are the only thing you care about, then that kind of stuff is a waste of time.”

So how do you get their attention the right way?

Have a Relevant Hook

Write ads that speak to your specific customer.

Jesse says instead of an ad that starts, “Hey, people in finance,” you might say, “Hey, New York financiers”.

“People in finance” is too general and sounds pretty scammy. But the “New York financiers” is customized. It speaks directly to New York financiers and makes them think, “This is something specifically for me.”

3. You Have to Play the Game

Your ad has only been up for two days, and suddenly, it’s gone. Poof! Vanished from Facebook.

Why? Jesse says when your ad’s performance drops, Facebook throws it out of their system.

That’s because Facebook’s goals are different from your goals. “Your goal is to acquire qualified clicks or qualified customers at a good price,” says Jesse. “But Facebook is looking to get the most dollar-per-impression they can get.”

So how do you achieve your goals within their system?

Make It a Win-Win

You have to make Facebook happy by increasing your click-through rate.

Also, by increasing click-through rates by 0.01%, you keep your cost-per-click low, says Jesse: “It’s the equivalent of you essentially raising your bid by 25%.”