Master Class: How to buy profitable businesses – with Ace Chapman

What if your business could make money from day one?

That’s what Ace Chapman set out to do the summer after high school. But it took a lot longer than he expected to make his first dollar. “I remember spending two months just trying to figure out how we were going to do this thing…all these little details for just a simple web design firm,” says Ace, founder of Partners Equity Fund. “And I thought, ‘What if we had skipped that whole upstart process and started a little bit earlier in the summer and had been able to hit the ground running?’”

So when Ace saw a profitable-but-ignored stock market simulator site, he structured a deal to buy it for $70,000, even though he only had $3,000 in cash (more on that in a minute). “The site made $30,000 or so a year for the web development firm that owned it, but it wasn’t anything that they really wanted to focus on,” says Ace.

The day after he purchased it, revenue started coming in. “The very first day after closing when money is deposited into your account, you realize, wow, I’m really making money,” he says. “That was a huge transition, and I knew this was a much better way to get into business.”

Today Ace helps his clients buy existing companies that make money from day one. And in his Mixergy course, he shows you how you can do it, too. Here are three highlights from the course.

1. Go Right to the Source

If you see a business listed for sale, it’s probably not a great deal.

“There are a lot of places to find businesses on the market,” says Ace. “But the very best deals for anything, whether it’s a house, a boat, a car, or whatever, are sold before they ever take it to market. When a realtor gets the call on a house that’s absolutely rock bottom and the seller is really motivated, they’re going to call their friends first. They’re not going to just put that up on the [multiple listing system].”

So how do you find out about deals that aren’t listed?

Tap into sources for deals.

“We look for the different sources of deals where we can find people that are going to be really motivated to sell their business,” says Ace.

For instance, one of his top sources of deals is divorce attorneys. “We’re actually able to help [divorcing business owners],” says Ace. “They’re emotionally distraught and [they] need to sell that business as quickly as possible.”

Other sources of deals that Ace recommends include BizBuySell, Flippa, and BizQuest. “I’m on a lot of lists, and I network a lot with other people that buy and sell,” he says.

2. Make Them an Offer, Let Them Refuse 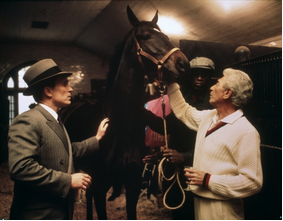 Sometimes Ace finds a business he wants to buy, but he doesn’t like the conditions of the sale.

For instance, the owner of Maximum Tan wanted Ace to buy his tanning salon, but the asking price was ridiculously high. “He wanted me to meet with him at his house to give him my offer,” says Ace. “And I really prefer to meet on neutral ground, but he was insistent.”

Ace says the owner was trying to control the deal, which is why he was furious when Ace presented his much-lower offer. “His face is turning red with anger,” he says. “But then a few weeks passed, and the guy sent his wife to let us know that they were willing to accept the offer.”

So how do you control the conditions of the sale?

Only work with motivated sellers.

To do that, Ace looks at about one hundred deals for every company he buys. “The more offers you look at, the more likely you are to get something really good,” he says.

To evaluate that many deals, he uses a funnel process. “You’ve got 100 deals that go into the top of the funnel,” he says. “And at each level, whether it’s due diligence, evaluation, all those things, we’ve got filters at each step. So by the end you may have 10 or 15 sellers to talk to.”

And the most motivated sellers will accept Ace’s terms and conditions, giving him control over the deal.

3. You Don’t Need One Million Dollars

When Ace bought his stock market site, the asking price was $70,000, which he didn’t have.

So raise more money, Ace talked to a friend who wanted to invest, and he applied for some credit cards. But he was still tens of thousands of dollars short of the asking price.

So what do you do when you don’t have enough cash?

Make it a win-win

Ask the seller to finance the deal.

“I basically said, ‘Hey, if I can come up with half of it, would you guys finance the other half?’” says Ace. “They were agreeable to that.”

To get sellers to agree to finance, Ace emphasizes their ROI. “I give them an offer based on their total ROI,” says Ace. “So I’m not just telling them, ‘Hey, here’s the amount of money you’re going to get.’ I’m going to add up the interest that they’re going to get. If there’s some equity, I’m going to put that in there. So they see how much money they can make if I buy their business.”