Master Class: How to write better ads – with Perry Marshall

Perry Marshall is the founder of Perry S. Marshall and Associates, which consults both online and brick and mortar companies on generating sales leads, web traffic, and maximizing advertising results.

Perry Marshall’s client had an ad problem. With a 5% click rate, their ads just weren’t bringing enough business into their mountain climbing school.

“If you read the ads—‘Rock Climbing Courses,’ ‘Develop Climbing Skills Rapidly’—they were pretty typical ads,” says Perry, founder of Perry S. Marshall and Associates and author of 80/20 Sales and Marketing: The Definitive Guide to Working Less and Making More.

So Perry started by digging deep into the client’s business. “I came to understand there is this whole culture around mountaineering, and this was really what the client was selling,” he says. “We dug out that message and [then] jacked it up with some excitement,” running ads like “Works sucks? I unzip my tent. What’s your commute?” The client’s click rate more than doubled.

In his Mixergy course, Perry shows you how to kill your boring campaigns and start writing ads that bring in traffic. Here are three highlights from the course.

1. Have a Flair for the Dramatic 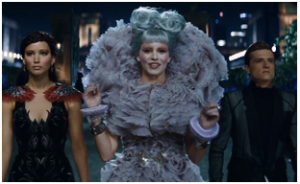 “We could have search for plumbers, we could search for IT professionals,” says Perry. “What we usually get is boring ads, they’re just…‘been in business since 1993, family-owned, commercial and residential.’”

And boring ads don’t get clicks. “In Google, 2% of the advertisers get 50% of the traffic,” says Perry. “What are you going to do to be in that top 2%? You’re not going to get there with a ho-hum message.”

So how do you spice up your ads so customers will click?

Talk about the customer directly

Write about your customer and the people in their lives.

“Involve all the dramas in their life,” says Perry. “Come up with a list.”

For instance, Perry says that when his friend was going through a divorce, she talked a lot about the “other woman,” about her kids, and about her husband. “Maybe on some days the customer’s best friend is her husband,” he says. “Maybe on other days, he’s her worst enemy. We’re going to start writing these people down…and then connect them together in an ad…like, ‘Is he sleeping with her right now?’”

“You may need to dial it down,” says Perry, “but the point is we’re getting the issues all out on the table so that we can then very easily write a whole bunch of completely different ads. They’re all guaranteed to punch the emotional button that is making them search in the first place.” 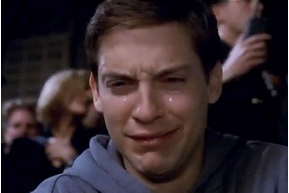 Logical ads might make a lot of sense, but they don’t get a lot of clicks.

“By training I’m an engineer, and honestly, when I write ads, I tend to start with logic,” says Perry. “I tend to lay out a logical structure.”

But people buy based on emotion. “They back it up with logic later, and frankly, it’s true when people buy a Starbucks in the morning and it’s also true when a venture capitalist gives you three million dollars,” he says. “This is how human beings are. Sometimes the logic is a bigger part of it, but not usually.”

So if logic comes second, what should come first?

Use the words out of their mouths

Write about emotions, using the customers’ own words.

“The amateur way is to take anger, joy, disgust, anticipation, etc. and then just put those words in the ad—‘Are you angry about…?’” says Perry. “It could work, but the professional way is to tell a story or give a snip of dialogue that expresses anger. Give me even half a sentence that the angry woman says to her husband.”

And if you don’t know what kinds of things your customers would say, ask them. “Call up one of your divorced friends and ask, and be prepared for a 45-minute conversation in which you will get years of material,” he says.

3. Give Them Something They Want So Bad 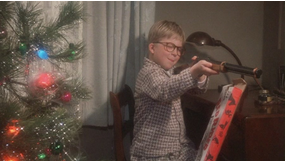 When you have a great ad and an opt-in offer, you might think you’re all set.

Not so, says Perry.

“For our ‘Five Days to Success’ course, for a long time our ad said, ‘Sign up for this email course and five days we’ll give you a really great tip for AdWords,’” he says. “[The ad] was really good, but we just couldn’t improve [opt-ins] to save our life.”

So what do you do if your ad copy is solid, but you’re still not getting opt-ins?

Write an opt-in offer that makes them salivate.

“We added this one page cheat sheet on the landing page, and then we changed the ads to promise they get a cheat sheet,” says Perry. “Instantly everything went up 33%. The cost of customer acquisition went down by a quarter.”

And Perry says that you have to keep upping the ante. “People demand more in exchange for their email address this year than they did last year,” he says. “And if what you’re giving away is good and appealing, you should be able to describe it in a Google ad in such a way that it makes a person salivate. And when you have a really sweet deal, it’s easier to write an ad.”