How to launch and grow your startup 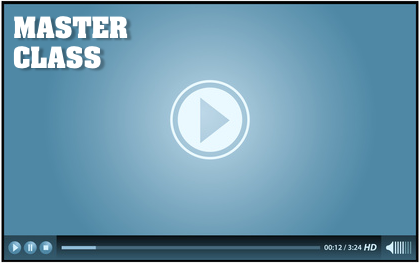 This guide is based on Mixergy’s interview with Adeo Ressi.

After he learned that close to 90% of startups fail, Adeo Ressi created an organization to support startups and helped 1,000 entrepreneurs start 499 companies. It was all done by helping people launch and grow startups, so we invited him to teach you how to do it.

Adeo is the creator of The Founder Institute, the world’s largest idea-stage startup incubator.

Here are the actionable highlights from the interview.

1. Launch as soon as possible to get customer feedback and beat out competitors

Udemi’s founders launched their education platform within just a few months of forming the idea in Adeo’s Founder Institute, and they got an advantage over other online education companies because they entered the market so early.

Take Action:
Talk to potential customers to make sure people like your idea, and launch your product as soon as you know you have a viable idea.

2. Recruit expert team members to convince investors that your company will succeed

Adeo mentored the founder of Retailigence, who convinced other founders to drop their companies and come work for him, and the team he assembled helped attract angel investments and additional rounds of funding.

Take Action:
Pitch your startup to people who work in related fields, including other entrepreneurs, and emphasize the things that make your startup great.

3. Keep a positive attitude so you won’t be discouraged by negative feedback

When Adeo hears people say he’s too hard on the entrepreneurs he mentors, he reminds himself that many founders are grateful for his help and he shouldn’t let a few unhappy people ruin his motivation.

Take Action:
When you hear something hurtful, think about positive things like your accomplishments and goals, and remember that all entrepreneurs hear negative comments at times.

4. Avoid monkeying with your product so you won’t continually delay your launch

Adeo had to stop tinkering with the Founder Institute’s name and website because a journalist was going to publish a story about it within an hour, and that pressure gave him the push he needed to launch.

Take Action:
Set a deadline to launch your product, and tell people like relatives, friends, or journalists about the deadline so you won’t be tempted to delay the launch and keep tinkering.

5. Quit your day job so you can fully commit to your startup

Adeo told an entrepreneur that if he had quit his comfortable job he could have turned his customer service idea into a fantastic startup, but he didn’t, so the startup never launched.

Take Action:
Leave your day job, even if it means giving up a cushy lifestyle, and work on your startup full-time.

6. Define a vision for your startup so you won’t be distracted by opportunities that aren’t right for you.

Adeo turned down $34 million from the Colombian government because managing a multi-million dollar entrepreneurship program in Colombia would have distracted him from the Founder Institute’s mission of helping entrepreneurs worldwide.

Take Action:
Decide what your startup’s mission is, and turn down any opportunities that won’t contribute to that goal.

Want to make sure you get results?

Watch the full interview now
Written by Sarah Brodsky, based on production notes by Jeremy Weisz