How to outsource everything 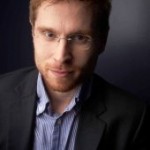 It’s led by Liam Martin, he’s the co-founder of Time Doctor. It helps you track your time, monitor your distractions and get more done.

This guide is based on Mixergy’s course with Liam Martin.

After starting an online tutoring company and working 12-18 hours a day, Liam Martin cut back to 20 hours a week — and his business grew faster. He did it using outsourcing techniques, so we invited him to teach you how to do it, in Mixergy’s Outsourcing course.

Liam is the co-founder of Time Doctor, which helps you track your time, monitor your distractions, and get more done.

Here are the actionable highlights from the course.

1. Identify the top time-sucking tasks to figure out what to delegate

Liam found that managing email, search engine optimization, and customer service were the three jobs that wasted the most time.

Take Action:
Write down the three tasks that are biggest time wasters.

2. Write instructions and follow them three times to make sure you covered everything

Liam’s guides include why the task is important, a link to a video of how to complete the task, and written steps, and he only shows it to his team after the third test and revision.

Take Action:
Create a text document with step-by-step directions, then test your directions three times to make sure you covered all the steps.

3. Ask your team to list 3 things they don’t understand to make the instructions better

One manager wrote a guide on how to install WordPress, but later found out that some of his employees didn’t even know what WordPress was.

Take Action:
Give the document to your team and ask them to write down three things that are confusing or need clarification.

4. Put the documentation online so staff can quickly find what they need

Liam, who uses Kajabi, gives users a short version of the text guide, and if they want more information they can click on the full guide, which they have to read the first time.

Take Action:
You can use Kajabi, Dropbox, subfolders in Google Docs, Evernote, or any other mind-mapping program to organize your documents — just make it available.

5. Hire the right people, and hire them long term for a better rate and better results

Liam learned this the hard way when he hired a contract worker who designed a crappy website for $750 and realized that for $1,000, he could have hired someone for a month.

Take Action:
Instead of hiring a contract employee who’ll do the job and walk away, Liam is involved with MyStaff.com, which will source long-term employees (primarily from the Philippines and India).

6. Narrow your requirements on job postings so you won’t scare off outsourcers

Instead of creating a job request that only a few people would be qualified for, Liam creates one that 300 people could apply for, then mentions his other openings once he has interested applicants.

Take Action:
Instead of creating a laundry list of specific requirements, keep it to two or three, even if it means splitting one job posting into three job postings.

7. Give the top 3 candidates a test to eliminate 90% of people who will waste your time

Take Action:
Create a simple task that will show what they can do, as well as how they interact with you.

8. Schedule in-person interviews with the top two candidates to verify their resume

Liam once interviewed a candidate with an impressive resume who whispered during the call — he was actually at his day job and trying to work two jobs at once.

Take Action:
If you can’t meet in person, schedule a webcam interview on Skype and look for useful context about the candidate.

9. Hire two candidates for one month to inspire them to bring their A game

Liam once paid twice as much for a reliable employee rather than hire a flaky one who gave excuses like “My uncle’s sister died, and I had to go to the funeral.”

Take Action:
Hire at least two part-time people for one month, and let them know you’re testing to see if you want to continue to work with one, or maybe both, of them.

10. Use contests to motivate employees to update your process guides

Liam offered $100 to anyone who could produce a better guide after the Google Mocha update caused significant changes to their SEO instructions.

Take Action:
Offer a prize to the person who can produce a better process, with the winners determined by a vote.

11. Integrate the outsourcer with the team to create a sense of online company culture

Liam posts “happy birthday” wishes for employees on Basecamp and recently had 26 employees in nine different time zones chatting on a Skype call.

Take Action:
To foster a sense of team in the virtual realm, Liam uses Skype and Basecamp, which allows employees to interact with one another.

Written by April Dykman, based on production notes by Jeremy Weisz