Perry Marshall is the founder of Perry S. Marshall and Associates, which consults both online and brick and mortar companies on generating sales leads, web traffic, and maximizing advertising results.

When Perry Marshall was laid off from his engineering job, he made a career change.

“I went into sales,” says Perry, founder of Perry S. Marshall and Associates and author of 80/20 Sales and Marketing. He thought, “Well, [sales] shouldn’t be too hard.”

But despite endless cold calling and pavement pounding, Perry rarely hit his sales quota. “I ate bologna sandwiches and ramen soup for three years,” he says.

Today Perry works smarter, not harder. That’s how he took one of his companies from $200,000 a year to $4 million in four years. Then he sold it for $18 million.

And Perry hasn’t made a cold call in 15 years. “My customers come to me,” he says. “I’m in the position of deciding which customers I want to do business with, not begging. I think everybody should aspire to be in that position.”

In his Mixergy course, Perry shows you the secret to selling more by doing less. Here are three highlights from the course. 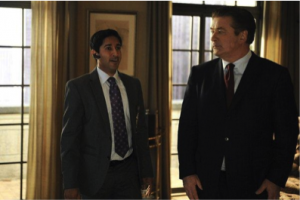 When it comes to sales, most people focus on the ones that got away.

Then they obsess about how to get the other 86% to open it. “And it’s a mistake,” he says. “It’s a huge mistake because they won’t. They never will. There’s nothing you can do about it.”

“Sales is not a convincing-people process,” says Perry. “It is a disqualification process.”

So instead of trying to convince the 86%, focus on the 14% who are actually interested in your product. Then, reduce that 14% even more.

“The fact is, the guy at the top is going to be 50 times more interested than the guy at the bottom,” says Perry. “I guarantee you, he has the money and he’s got a problem that he wants solved, and your job [is] to focus on the 1%, the 3%, the 5%, and to pretty much ignore everybody else.” 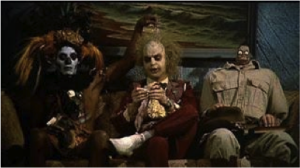 Sometimes a prospect likes your product, but isn’t ready to buy.

“[They say], ‘Oh, we might get around to doing that in two years,’” says Perry. “I cannot tell you how much of my miserable sales career was spent chasing people around who…had no sense of urgency, and I’m basically sitting around counting my think-it-overs.”

Perry used to think that sooner or later, the think-it-overs would buy. But they didn’t. “They’re not going to buy anything from you, probably never,” he says. “You can’t live on that. You can’t eat that.”

So how do you know if a prospect is worth your time?

Look for a bleeding neck

Focus on prospects who have a real sense of urgency.

“Do they have a bleeding neck?” says Perry. “Who gets the emergency room staff to actually pay attention? You walk in, you’ve got a broken arm, they’re like, ‘Here’s a clipboard. Sit down. We’ll see you in a couple hours.’ Somebody comes in and blood is spurting out of their neck, or they’re choking or something, man, they are on it.”

In sales, a prospect with a bleeding neck is urgent to solve their problem, so urgent that they want to buy your solution now. 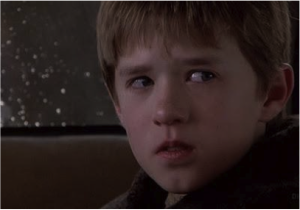 Starbucks knows that its customers will pay at least $1.40 for a cup of joe. But they didn’t stop there. They somehow knew that those same customers would also buy $2,700 espresso machines.

“They don’t sell very many of those,” says Perry. “But you don’t need to sell many. The fact is, if you don’t have a high-end espresso machine, if you only sell cups of coffee, you’re leaving a whole bunch of money on the table.”

So if you don’t have the sixth sense, how do you figure out how much you can charge for a premium product?

Get big insights with small amounts of information using the 80/20 principle.

So what $2,700 product should you sell? “That’s [up to] the creativity of the marketer…but probably it’s a high-end product,” he says.