What He Did After He Sold His Company

Like
+ Add to
Ryan Scott, Causecast, Sell Your Business

What would you do if you built a tremendously successful internet company and sold it?

I interviewed Ryan Scott to find out what he did after he sold Netcreations, the email list management company that he co-founded. (Curious about how Netcreations was built? Listen to this this interview.) 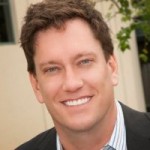 Ryan is an angel investor and the CEO of Causecast, an interactive community for people and brands that want to leave a positive impact on the world.

Here’s some of what I learned about his post-sale journey:

“Lifestyles of the Rich and Famous”

Isn’t this the part most people dream of: throwing great parties, buying fun toys, hobnobbing with celebrities? Ryan got to enjoy it all. There was a part of him that did that to overcome some lingering insecurities from when he was a nerdy kid.

Eventually, he says, the “Rich and Famous” lifestyle wasn’t for him because most of the people it attracted were either after something or just wanted to be around that environment.

If you download my interview with Ryan to learn how to build your own success, notice how many times he repeats that he wants to build something that lasts.

He also started investing in companies like Tesla Motors, Mahalo, and Intent.com.

I asked Ryan how he made his investment decisions. He said he looked for ideas that have legs and can leave an impact on the world.

H also said that he considers the personality and reputation of the entrepreneur behind the company. Will s/he crumble in a crisis? Do people think s/he is a jerk? Is s/he someone Ryan would want to work with? (Peter Pham has more on that.)

The power of celebrities

The “aha moment” that led Ryan to create his newest startup, Causecast, came when he realized that celebrities are powerful attention magnets. They make it easier to draw traffic to a web site. I always forget about the power of celebrities because I’m much more interested in business stars than movie stars, but the rest of the world doesn’t think that way. Ryan realized that there was an opportunity to work with celebrities to pull together a big community that supports causes.

(Thank you Sloane Berrent for putting this interview together.)

More from Ryan Scott and Causecast

Simple Tips For Networking Into Your Dream Job

How Drip started as a widget and was acquired by Leadpages for a...
How getting burned by a developer inspired SD Squared Labs
Why sell a profitable company to take a risk on a new one?
What didn’t kill Colin Hodge made him stronger
How a jerky founder learned to lead with emotional intelligence
La Biblia Reina Valera case study: How to build and sell a profitable app