How to get a mentor (And keep them beyond the honeymoon)

What if you could get business moguls to teach you everything they know?

That’s how Dan Pena learned how to build a company from scratch, turning $820 into $450 million.

But it wasn’t easy to get that advice, says Dan, founder of Great Western Resources, Inc.

For instance, he spent months trying to get face time with Costa Gratsos, the CEO of Onassis Shipping Lines.

“I tried to make an appointment, and he was booked up for six to eight months,” he says.

After repeatedly trying and failing to get past Costa’s gatekeeper, Dan took a big risk. He walked right into Costa’s office and invited him to lunch.

“Well,” Costa replied, “look what the doctors give me. An apple and an orange. If you promise you won’t tell my wife, we’ll go to lunch.”

In Dan’s Mixergy course, he shows you how to get industry giants to mentor you. Here are three highlights from the course:

You don’t just need any mentor, you need the right mentor.

Why? Because someone you know is more likely to say yes. “Then we don’t have to worry about our self-esteem getting knocked,” he says.

So how do you find the right person?

Decide what you need to learn

First, ask yourself what you need to learn. Then find someone who’s experienced at it and get a referral.

For instance, Dan wanted a mentor who came from nothing and had built a successful public company from scratch. When he saw Jerry Ormand, founder of Ormand industries, at an oil convention, he knew Jerry was the right guy.

But Jerry was a busy man, and Dan couldn’t get in to see him. “I found out that he went to the Dallas Petroleum Club,” says Dan. “[One of my partners] was a member of the Houston Petroleum Club, so he got me a special invite. And I sat there all damn week until [Jerry] walked in. Then I was on him like a cheap suit.” 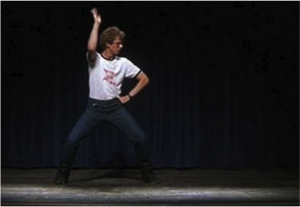 You can’t just ring a CEO of a Fortune 500 company and make a coffee date.

So how do you get through?

Show how bad you want it

Be persistent enough to get past the gatekeepers.

For instance, when Dan and his partner were calling on Kraft Food, it took his partner 100 phone calls to get to the CFO.

“It’s not a coincidence that it was on the hundredth because the guy or his secretary and gatekeepers were keeping track,” says Dan. “On the hundredth or two hundredth call…they realize that you’ve got persistence.” 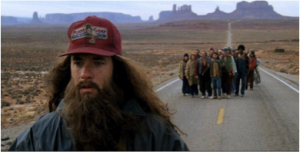 Ideally, your mentor lives nearby.

“It’s like when you were dating,” says Dan. “You wanted a girlfriend that lived around the corner or went to the same school. You didn’t want one where you lived in Cleveland and she lived in San Diego.”

That’s because it’s easier to build a relationship when you can meet easily and frequently.

But it’s not always possible to live around the corner from your mentor. So how do you nurture the relationship from afar?

Go out of your way to see your mentor.

When Dan lived abroad and had to travel to the US, he’d stop in Los Angeles, Dallas, and New York just to meet with his mentors. And not just because he needed something, but because he wanted to build a relationship.

“Everybody needs something from them,” he says. “You want to go and see them because you just want to have dinner. They knew I was going way out of my way to go see them.”