Master Class: How to wake up early so you can transform your life (Before 8 a.m.) – with Hal Elrod

Hal Elrod is the author of “Miracle Morning: The Not-So-Obvious Secret Guaranteed to Transform Your Life (Before 8 a.m.)”

When the economy crashed, Hal Elrod lost everything.

“My income dropped,” says Hal, bestselling author of The Miracle Morning. “I was $52,000 in credit card debt, and I lost my house.”

Things were so bad that Hal didn’t want to get out of bed in the morning. “I’d usually hit the snooze button three or four times, wasting the morning,” he says.

But waking up late didn’t give him the energy he needed to turn things around. So Hal decided to become an early bird and wake up at 5 a.m. “I decided if I wanted my life to be different, I had to be willing to do something different first,” he says.

So he set the alarm clock for 5 a.m., and by 6 a.m. his life was already different. “If you nail the first hour, you’re setting yourself up to maximize every day,” he says.

“I [went] from being deeply depressed to being more energized, inspired, optimistic, and motivated than I had been in six months, maybe in my whole life,” he says. “Internally, I changed, and within two months, I had more than doubled my income.

In his Mixergy course, Hal shows you how to wake up early to set yourself up for success. Here are three highlights from the course.

1. Make It Impossible to Smash the Alarm Clock 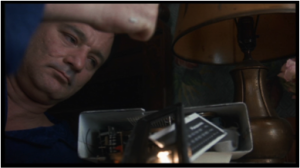 When 5 a.m. rolls around, the first thing you’ll want to do is hit the snooze button.

So how do you push past the first two minutes?

Wake your body up

Make it impossible to stay in bed and hit snooze.

“[My alarm clock is] next to the door of my bedroom,” says Hal. “That forces me to get out of bed. That motion creates energy. Your wakeup motivation level goes from a one to a four, just by you having to be standing upright, walking to the door.”

Then, Hal follows a routine that wakes him up even more. “I am committed to walking from my phone, my alarm clock, to the bathroom, to go brush my teeth and wash my face,” he says. “By then, my wakeup motivation level is around a five or a six, maybe even a seven. It takes very little willpower to stay awake at that point.”

2. Give Yourself a Mission 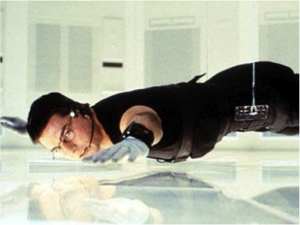 Moving the alarm clock will get you out of bed, but there’s nothing to stop you from crawling back under the covers.

And Hal says that if “you [went] to bed thinking of all the things that you have to do the next day and feeling stressed or worrying about your problems,” you definitely won’t be motivated to start your day.

So how do you get motivated to wake up and stay up?

Start the night before

Before you go to bed, write down your intentions.

“You can journal [about your intentions] before bed,” says Hal. “For awhile, I wrote them out every night.”

After Hal really solidified his daily intentions, he printed them out so he could review them every night before bed.

“We can literally create that feeling of excitement to wake up every single day of our lives,” says Hal, “but we have to consciously do it.”

3. Stay Away from the Shower 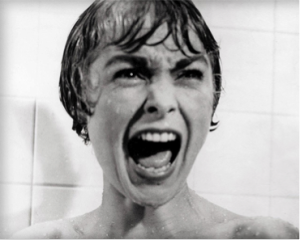 A lot of people think that hitting the shower is a good way to wake themselves up.

But Hal says that’s a bad idea, especially if your bathroom is connected to your bedroom.

“It’s like if you were a smoker trying to quit smoking cigarettes, and you’re sitting in a room with a pack of cigarettes right there,” he says. “They look so tempting. And that’s what it’s like for snooze-a-holics. If the bed is there and we can see it, it’s just too tempting to be pulled back in. You think, ‘I’ll just lay back down for a second,’ and then an hour goes by.”

So what should you do instead of hitting the shower?

Get out of your bedroom

Leave your bedroom as quickly as possible.

“I have a master bedroom with a bathroom attached to it,” says Hal. “It’s all one giant room. But I don’t brush my teeth in my own bathroom except at night.”

That’s because Hal says it’s too tempting to get back into bed. “When my alarm goes off, no matter how I feel, it’s almost like one swoop. I go, I pick it up, and…I walk out and I go straight to our guest bathroom, where I brush my teeth.”

Hal even puts his workout clothes in the guest bathroom. “I set it all out the night before,” he says. “Again, a great morning starts with your preparation before you go to bed.”